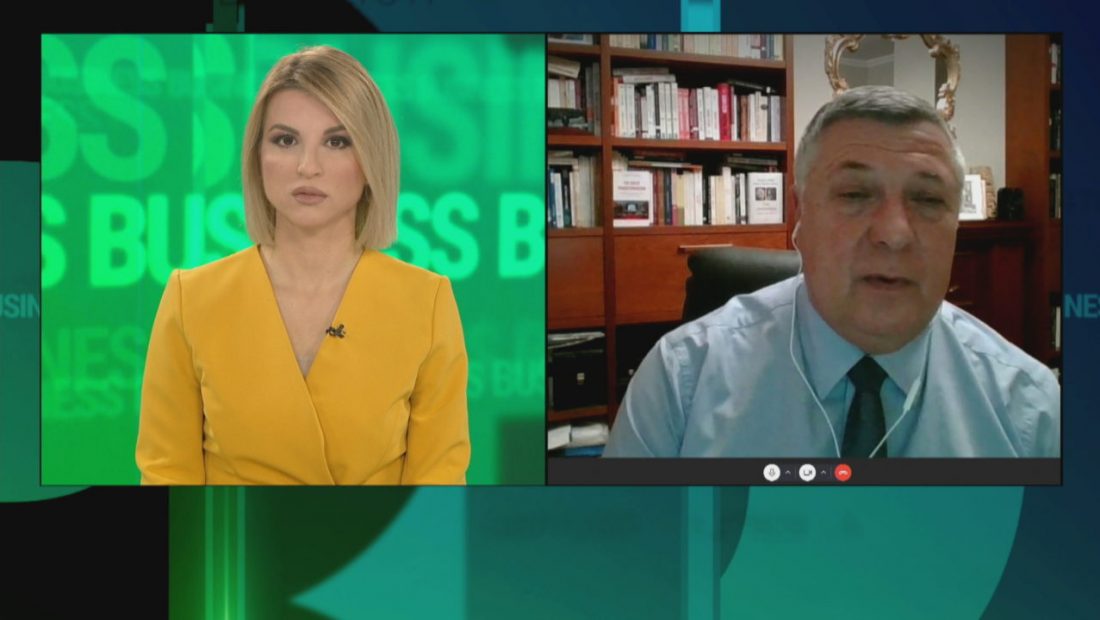 Adrian Civici indicated in a direct interview with the studio of “A2 Business” with Aurora Sulçe on A2 CNN that “curing the epidemic is a significant burden for Albanian individuals and families” and that “this will be a cost to social security and the budget” because we have an aging population.

“In Albania, the decision was made to compensate the victims with a minimal financial compensation. On the one hand, we are aware of the state of our health-care system. When we consider that we are in the midst of a pandemic, private structures remain the only option. For consultations and prescriptions, a substantial number of residents turn to the private sector. In light of comparable incidents in other countries, there has been discussion about how far patients should be reimbursed. With the exception of serious instances requiring hospitalization, the purchase of pharmaceuticals has compelled citizens to forego other spending in order to focus on health costs,” Civici stated.

“I’d like to emphasize that we have a broader issue that will continue to be a problem as the elderly population grows, even after the pandemic has passed. Medication will be required for the third age, and this will be a cost to social security and the budget,” Civici noted.

How much did treatment from Covid-19 cost Albanians? Expert reveals on “A2 Business”

Health specialist Besnik Jakaj demonstrated how much health has cost Albanians during this epidemic time.

Invited to “A2 Business” with Aurora Sulçe, on A2 CNN, Jaka said: “Apart from medicine, anyone who thinks they have Covid-19 will go to private laboratories and clinics, plus tampons. The cost of drugs is the next item on the list.” 99 percent of citizens do not anticipate to acquire a tampon from the government and instead go to a private providers”

“The financial impact has been tremendous because we have also seen abuses in the pharmaceutical sector, with the costs of antivirals,” Jakaj said of the expense of being infected with the coronavirus for an Albanian person. A person who has passed Covid-19 has spent between 90,000 and 200,000 ALL on average. Not including the nurse’s fee.

Gajo: All countries are rebuilding hospitals, but it’s impossible for us

Albert Gajo, former Deputy Minister of Health, remarked on A2 CNN’s “A2 Business” with Aurora Sulçe that Albania is doing nothing to restructure its health system.

“Every country is restructuring its health-care system, boosting hospitals and clinics. While in our country, we are unable to increase investments in the health sector due to budgetary constraints, which would be reflected not only in the health sector, but also in the continued departure of health staff “, Gajo stated.

“According to all international references, investment in the health sector should be three times more than it is in Albania.”

This is due to the government’s inability to disburse additional funding “Gajo stated.

Tili explains why doctors and nurses leave the country

In a direct interview with the studio of “A2 Business” with Aurora Sulçe, on A2 CNN, economic journalist Mirilda Tili stated that Albanian doctors and nurses do not leave the country for better salaries abroad, but rather because the country lacks the necessary medical infrastructure.

“Despite the substantial pay, our doctors refuse to go to the provinces because they lack the necessary equipment. They will just have the stethoscope and the white shirt with them. Once a week, the gynecologist visits the Bulqiza maternity hospital, but she has no function there. ” It’s not simply a question of pay,” the journalist explained, “but of the health infrastructure that they need.”

Tili also criticized the government’s lack of transparency in regards to funds from the European Union for the epidemic and other causes.

“We’d be in a different scenario if all of the money raised through donations was properly managed. Not only for the pandemic, but also for reconstruction, the government must be upfront about funds. “Today we are still discussing the price of the COVID tampon”, said Tili.

Danaj shows the reasons for corruption in Albania’s health system

Vjoldi Danaj, who was invited to the studio of A2 CNN’s “A2 Business” with Aurora Sulçen, said that the pandemic will put our country in a tough situation, and that the health system’s concentration in Tirana has caused other areas to be neglected.

“The problem was managed during the first phase, when the isolation was more severe. The attention has moved now. The pandemic is fading into obscurity. However, I believe that some economic steps should be taken to make up for the losses we have suffered “, according to the economics expert.

“We have a concentrated health system in Tirana, and remote areas have been ignored,” Danaj said about the shortage of doctors. Despite the fact that phony investments have been made, citizens do not have faith in them.  Without even mentioning the fact that there were abused elements within the community of doctors.”