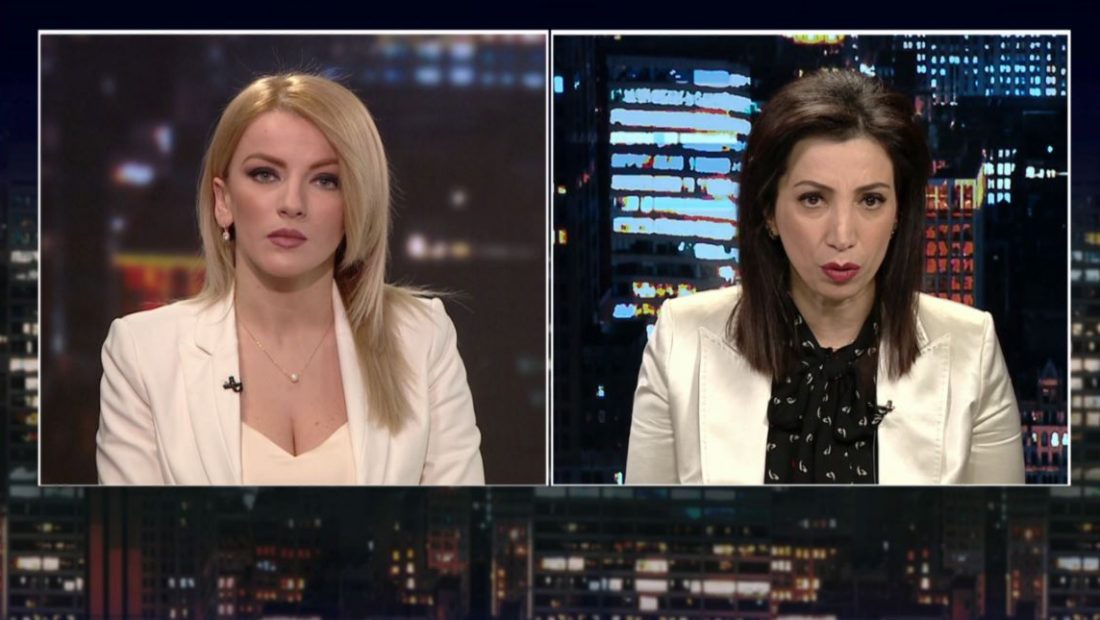 Evis Kushi, the Albanian Minister of Education, was invited to the studio of “Debate” by Alba Alishani, on A2 CNN, to announce the number of teachers and students affected by Covid-19 in Albania.

“The situation appears to be improving slightly. These five days of school closures are likely to have helped break the cycle of infections, as we now have 700 confirmed Covid-19 cases out of 1100 teachers who were affected on Friday. As for the students, there are 800 today, down from 1600 on Friday,” Kushi stated.

The Minister of Education, when asked about online education as a backup plan, replied: “We communicate with the Committee of Experts on a daily basis. We are not in a position to talk about closing schools or teaching online since the situation is under control. We’re dealing with a dynamic situation that needs to be monitored on a daily basis. We’re ready for everything, from traditional classes to online courses. Everything has been anticipated, yet we are still in the first scenario”.

The Minister clarified that her comments about the changes to the State Graduation Tests had been misinterpreted.

“There is a misinterpretation of what I said during a gathering to unveil the State Graduation 2021 results. We established a huge working group of experts to conduct an analysis of all graduating students based on problems that appeared in particular exams. However, the adjustments will not be implemented this year. That day, I stated that if the working committee determines that State Graduation should be modified, we are prepared to begin the process “, Kushi explained.

According to the Minister, the basis for the three-day school shutdown is the same reason that more developed countries than Albania have closed schools.

“The last three days’ temperatures have been unusually low for a country like ours. Temperatures as low as -17 degrees have been recorded in parts of the north and southeast. We have a duty and responsibility to ensure the safety of our students. Not only inside the school gates, but from the time they step out the door. Over 40 incidents of fractures due to walking on ice have been documented in Northern Macedonia. The reason is not due to a lack of heating in schools, but rather to the difficulties of the road and the bitterly cold temperatures “, Kushi declared.

“Greece was in a similar situation. The Parliament shut down schools on Monday. Also in Turkey, the United States of America, and Canada. This decision was made by far more developed countries, as such situations take place all around the world.  A responsible government takes measures to preserve health and safety.”

Regarding the opposition’s allegations of a shortage of heating in schools, Kushi responded, “We have taken measures in communication with the municipalities of the country and the education departments since November.  We have detailed information on whether or not schools have heating and what type of heating they have. It turns out that 36 schools across the country are without a heating system. These schools have only little space heaters, and we will work to ensure that they have their own heating system.

The opposition believes that the Ministry of Education’s three-day shutdown of schools due to cold weather is a ridiculous pretext. The Democratic Party MP Ina Zhupa noted in the studio of “Debate” with Alba Alishani that the school has serious heating problems, despite millions of euros being spent on it.

“The Minister of Education’s justification does not match the weather today, as the temperatures are the same as yesterday. This measure would have to persist longer if it were for temperatures. These are absurd justifications. There could have been a variety of explanations behind this. Schools have substantial heating problems, which is why millions of euros have been spent on this. We paid 35 million euros in education taxes, therefore we shouldn’t have any heating problems. There is no heating system in Tirana’s schools, neither in the city center nor in the suburbs,” Zhupa explained, “because they did not have the will to provide a solution to this problem.”

The shutdown of schools, according to education specialist Ndriçim Mehmeti, was caused by the coronavirus epidemic.

“The number of infected kids is ten times higher, and the number of sick professors is considerably higher. We don’t know what happened to the 1058 infected teachers who were replaced. It was caused by the pandemic, according to doctors, who stated that omicron has an effect of 5 days. The private sector does not consider for the minister’s directive, despite the fact that one of the parents was allowed to stay at home.

According to Article 102 of the constitution, the Minister speaks with instructions, not through Facebook. “The ministry cannot announce school shutdown on Facebook,” he stated.