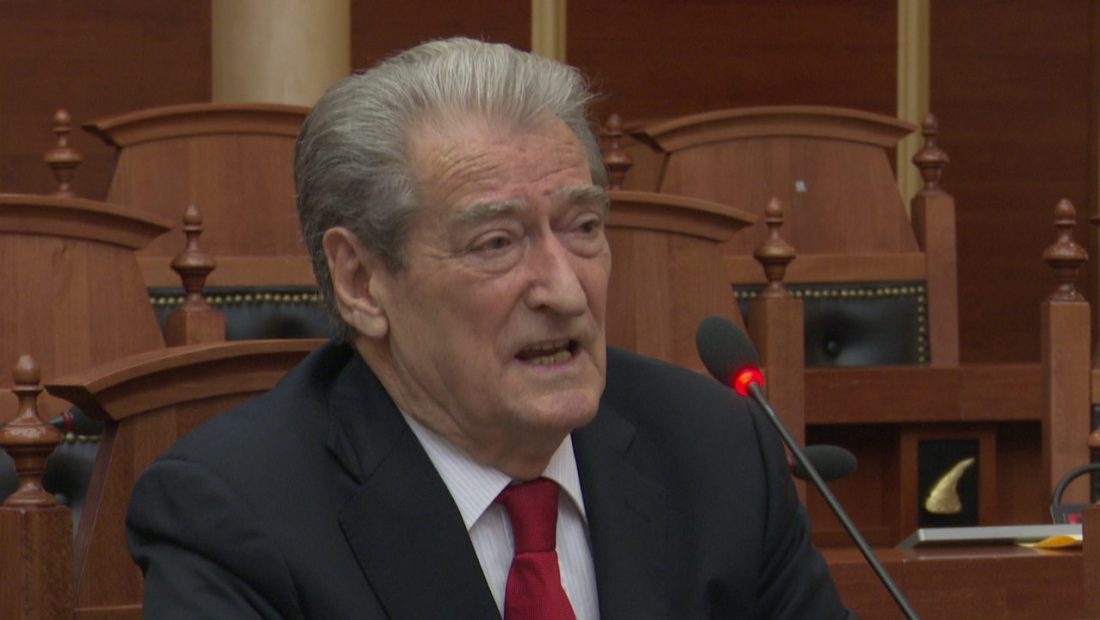 Although today’s agenda was very busy for the Albanian Parliament, with seven matters to be discussed, the political talks ended within a few minutes. Without Edi Rama in the room and after getting the news that Sali Berisha was coming in, Lulzim Basha held a speech in which he accused the government of corruption and then left the building.

“He travels with luxury charters, 120,000 EUR just for fuel, and when time comes to confront the Albanian people, he, who is supposed to represent them, is missing and we don’t know where he is”, Basha declared.

The Democratic Party leader focused on the Transparency International Report showing that Albania has lost one point in the corruption level.

After Basha, Sali Berisha appeared in Parliament for the first time after four years. He sat with the Socialist Movement for Integration MPs, from where he demanded an investigative committee for Rama and Basha, accusing both of them of money laundering regarding the Incinerator Scandal, which led to the arrest of the former Environment Minister.

In an interview with the journalists, Berisha declared that his solution for being part of the March 6th by-election was through the Socialist Movement for Integration. “We are negotiating with our allies. This elections will see citizens confronting cleptocracy”, Berisha declared.

He appealed citizens to support the residents of a suburban neighborhood in Tirana who are protesting against the demolition of their homes by the Tirana Municipality, led by the Socialists, for the construction of a new road.