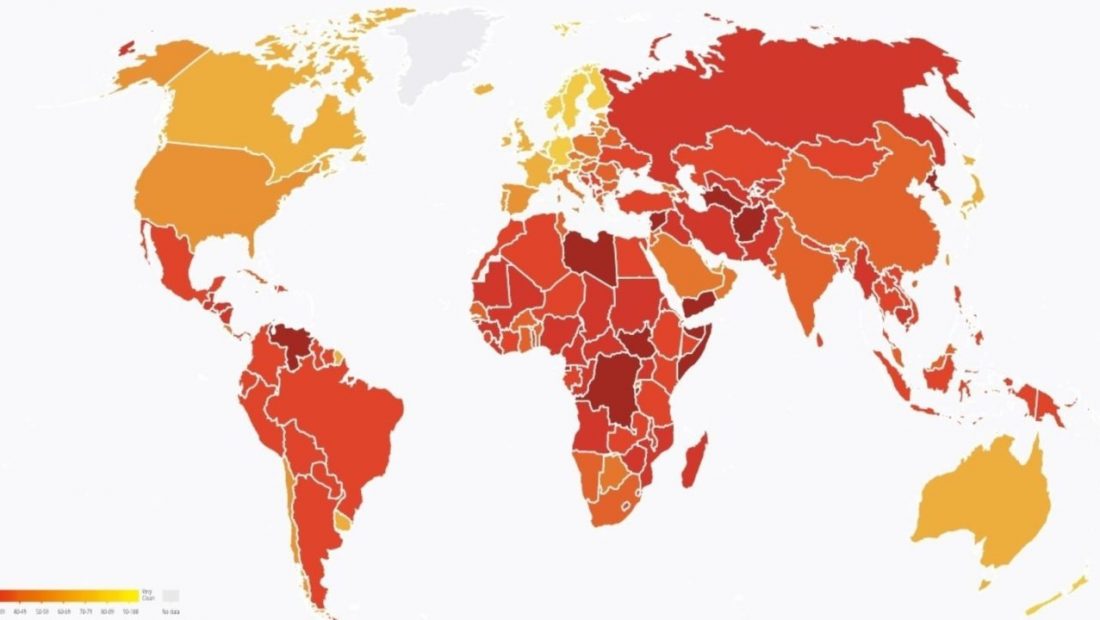 Transparency International’s annual report on the World Corruption Perceptions Index has been released. Albania has dropped one point from last year, from 36 to 35 points, compared to a year ago.

“Furthermore, allegations about police aggression during protests and infringement of peaceful assembly have been registered throughout the pandemic,” the report added. Journalists in Albania suffer litigation and harassment, including severe examination of information reporting reactions to COVID-19.

“Attempts have been made to pass legislation that severely restricts freedom of expression. These may not appear to have anything to do with anti-corruption, but they do.   For anti-corruption mechanisms to work effectively, and for countries to succeed in their fight against corruption, they require a free press, a free civil society, and a free judiciary”, said Transparency International’s Eastern and Southeastern Europe Advisor, Lidija Prokicon Voice of America.

Prokic also claims that “some disproportionate reactions of law enforcement when it comes to public protests, citizen protests” have occurred.

According to the report, the epidemic was also exploited as a pretext to weaken supervision and accountability for government procurement and foreign aid spending, allowing widespread corruption to flourish.

While Northern Macedonia and Kosovo have achieved significant progress in the battle against corruption, the situation in our country has worsened. Albania has dropped one point from last year in the respected Transparency International Organization’s annual report on the Corruption Perception Index in the globe, from 36 to 35 points.

The president and the leader of the Albanian opposition react to the TI report.

This was President Ilir Meta’s comment after the Transparency International report on the amount of corruption was released.

Lulzim Basha, the Democratic Party’s chairman, reacted to the recent publication of a “Transparency International” study on corruption, according to which Albania has dropped one point from a year earlier, from 36 to 35 points.

Basha writes on Twitter that the new report “confirms that corruption is the adversary of Albanians’ well-being”.