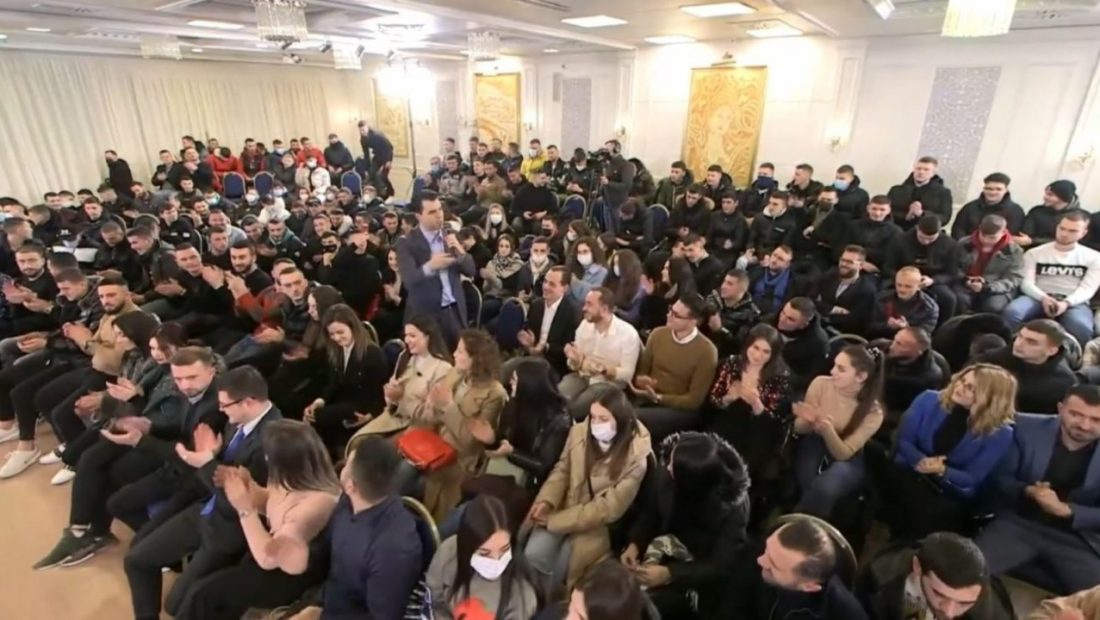 “Albania need a human-centered policy.” Lulzim Basha, the Democratic Party’s leader, said this during a meeting with the Albanian capital’s young.

Basha stated in his address that youth should be involved in decision-making so that young people are represented and do not abandon the country.

“The moment has come to distinguish between words and actions. Someone who has spent their entire life in politics will not let go of the chair. The youth are the ones who sit in those chairs and make the decisions. More young people will choose to be represented by the best of their age rather than leave. The DP, the work of Albanian student youth, is proof that your strength has changed Albania. This is a generational and cultural clash. The youth are unable to communicate in the language of slander and lies. They know only hope and be angry about injustice. There is nothing more beautiful than the anger of youth. Albania will be changed by youth. The emergence of youth is unavoidable.  It is impossible to move forward without accepting a different viewpoint.”

Limiting mandates and vetting in politics, according to Basha, are instruments for cleaning up politics, making it more accountable, and opening the country to young people. Elections and free voting, he claims, are the foundation of this.

“Limiting mandates and screening politicians are two tools for cleaning up politics. To make it more accountable, as well as to make it more accessible to young people. The core of this is elections and free votes. We have predicted that sanctions for those who steal elections will be made as in Italy. A free vote is only conceivable when justice and the law allow it. Those who abused the voting system must be held accountable. The reform includes political vetting. Whoever has an impact on the Albanian vote has an impact on Albanian children. It has made an impact on the future. We’ve arrived at this point. There were a lot of young people in the room. They are not for a concert, but rather for DP’s political plans. This is their nightmare. Young people who are determined about not giving up. Prepared to fight and stay. That is exactly what we shall do. This is our strategy, and we’re going to tell everyone about it. Let’s give politics a human face. Allow the Albanians to reclaim the institutions and the government. A group of individuals has taken control of institutions: There can be no developed economy with institutions that do not belong to the population.”