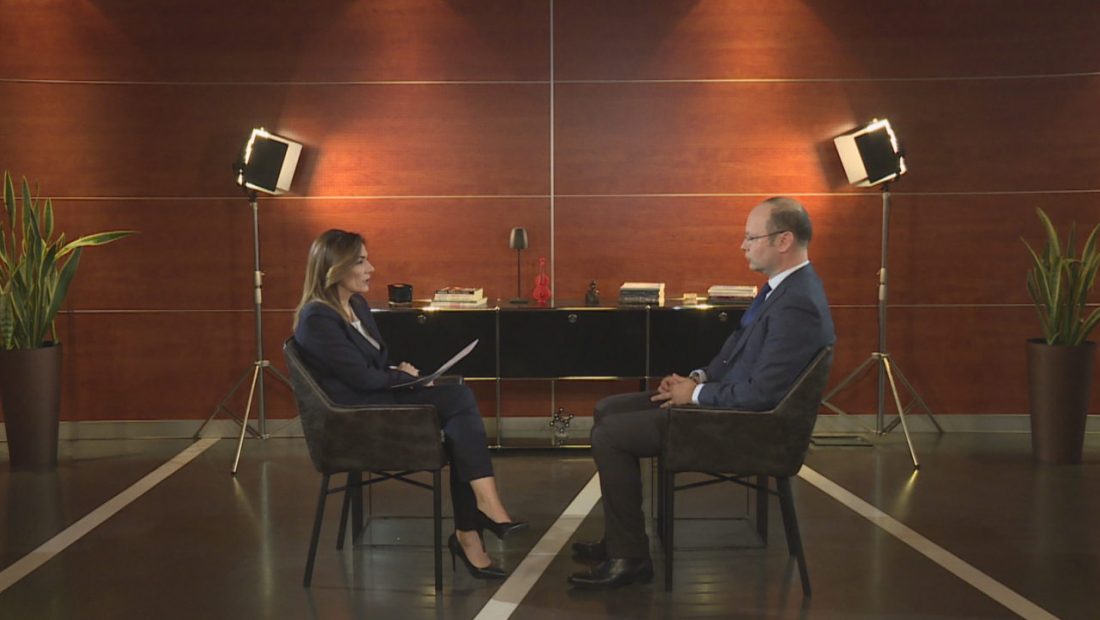 Ivi Kaso, former legal and electoral secretary of the Democratic Party, indicated in “Interview with Merita Haklaj” on A2 CNN that the issues in the country’s largest opposition party began before Berisha was expelled from the parliamentary group on September 9.

“It is a misconception that the DP’s problems began after September 9. That is not accurate; there have been difficulties. Inside the forums, people have talked and done as much as they could. The DP came after a particularly disappointing defeat, particularly for DP members who had hoped for a turnaround on April 25th. That’s why it was proper for people to go further into the forums, to talk within the forums, to address all of the concerns that were escalating day by day. Such were the demands for inclusion, even for critical voices to have their space, to unroll their platform so that the PD could turn into a living mechanism, from an organism that was dying day by day.

Kaso also showed how the vote for the Democratic Party leadership was manipulated.

“Despite what was discussed and demanded in the leadership meetings, and despite what Basha promised for an open race, these expectations were disappointed. We saw that the race had been repeated within the DP. I’m referring to the National Council meeting at which the race for a leadership position was presented. All individuals who were considered Mr. Basha’s opponents were removed by direction from above. There were reports, which were not unjustified, that a large number of their votes were not counted, despite the fact that they were formally running for a position in the leadership. In the selection of DP leadership members who were elected by vote, the voting system did not work. The members who were appointed, including me, were chosen purely on the basis of numbers. This was a leadership that was controlled by members who were selected due to their function rather than those who were directly elected by a vote in an electoral race.  Within the DP, political action went in the opposite direction of what was publicly stated.”

This is what Ivi Kaso, a member of the Re-establishment Commission, stated in his “Interview with Merita Haklaj.” While speaking about internal disputes inside the Democratic Party, the former legal and election secretary emphasized that he had no reservations about his position with the Re-establishment Commission after witnessing who the party members lined up with.

“As a result, when it became evident to me, as a person involved in politics, as a lawyer, and as the Democratic Party’s secretary, where the Democrats’ will was clearly standing, I had no issue in deciding on which side I should line up on in terms of the DP’s further political action. If someone wants to keep the seal, signature, headquarters, and so on and form a political movement outside of the DP’s will, which is determined by the membership and its delegates, then it is an issue for others, not mine.”

Ivi Kaso admitted that the decree for the local by-elections on March 6 came as a surprise, but he emphasized that all of the essential organizational steps had been put in place prior to the announcement.

“Given the president’s pronouncements on the Constitutional Court’s decision-making process, as well as the court’s failure to resolve the problem, I cannot say that we were waiting for the decree setting a date for the meeting. The president has maintained firm opinions, which have been reflected, maybe unexpectedly, in the attitudes of the majority of Albanians in the aftermath.

“The political action of any political party, much alone the Re-establishment Commission, which has the responsibility to lead the DP until the Assembly declared its decision on March 22, was not based on the expectation that elections would be held. At all times, we have stated that the DP, with its new reformatted structure in addition to the internal process, will be prepared to meet all of the demands of policymaking. We have, however, taken all of the essential steps to ensure that we are internally prepared”, Kaso explained.

“The Re-establishment Commission has begun efforts to reestablish connections with allies in order to hold negotiations and reach a political agreement. The Democratic Party will lead the main opposition force, but there will be other forces opposing the government as well. As has happened in previous elections, if the agreement is reached, the coalition will be formally formed. Once the coalition agreement has been resolved, it will be up to the members to decide on the legal procedures to be followed in registering the candidates. Candidates will be chosen through primary elections, but they will be able to safely register for the race”, stated the Re-establishment Commission member.

He further stated that when the Re-establishment Commission sends the necessary paperwork to the Central Election Commission for registration, they will ensure that they conform with all election regulations.

“DP has chosen its new logo and seal based on the will of the highest body. There are no documents in the court for numerous other matters, including that other DP isolated inside the HQ building. We do not believe the CEC has the authority to resolve a party’s internal conflicts and rivalries. We are now presenting the documents, which will be compliant with the electoral laws and practices. “We have the experience,” Kaso remarked, “and everything will go according to the election rules.”