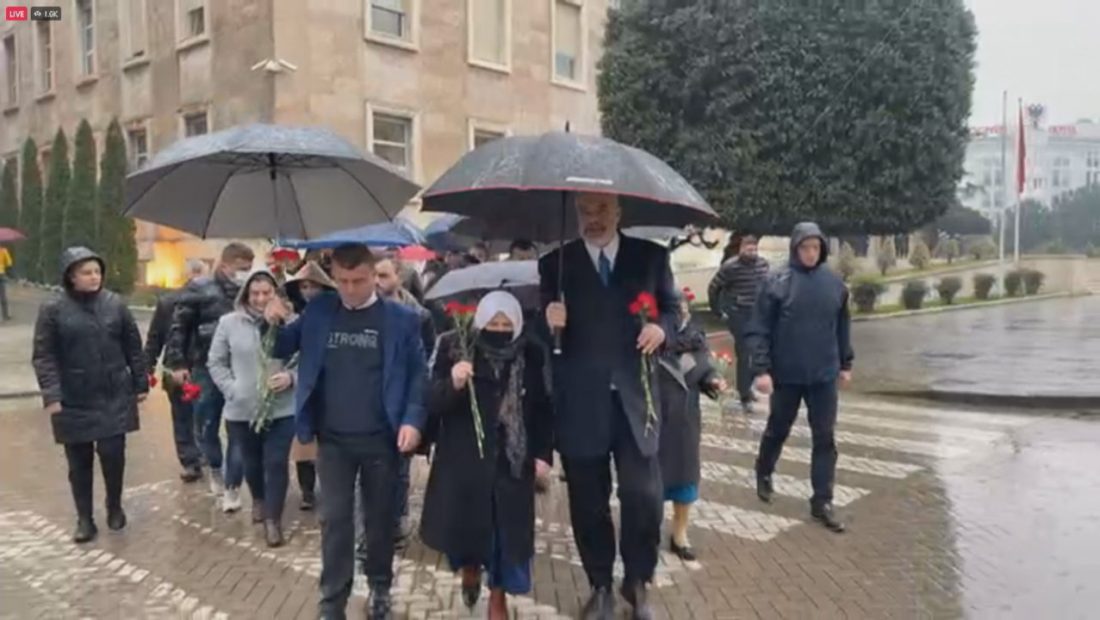 Prime Minister Edi Rama paid tribute on the “Deshmort e Kombit” boulevard, where Hekuran Deda, Aleks Nika, Ziver Veizi, and Faik Myrtaj were killed in a demonstration 11 years ago. The Prime Minister, accompanied by relatives of the victims and cabinet members, lay flowers at the site where the victims of the Socialist protest, which was then in opposition, were killed, as he does every year.

At the request of the Tirana Police, the prosecution renewed the investigation into the January 21 murders last year, while family members continue to seek justice.

In a Facebook “live” video, Prime Minister Edi Rama stated his government had “paid up the part of the obligation with the martyrs of January 21.”

“Some commenters claim that I am to blame for the deaths of the demonstrators whom I had summoned. However, the perpetrators are one in Meetings with the Base (Berisha) and the other behind the Democratic Party’s fortified doors (Basha). These are unworthy of criticism, and I shall refrain from doing so. Those who claim it’s my fault that the real criminals are still at large need answers. With the Justice Reform, which is slandered and denigrated daily by its opponents,” Rama stated, “I feel we have paid our part of the commitment for the martyrs of January 21st.”

“Even if the present situation is not ideal, the future of justice is not bleak. The Socialist Party took on the task of erecting this pillar in our legal system. “I understand that patience is a rare commodity in this nation, especially when it comes to seeking justice,” Rama said.

“Four nonviolent protestors were slain, in four different locations, at a time when the protest was expanding,” the government chief continued. True, there were some burning during the protest, but they were far from the focal point, the Prime Minister’s Office. The Prime Ministry was gated off and appeared like a private residence at the time. No demonstrators crossed the gate, and the iconic tree near the Prime Minister’s door was not engulfed in flames.” In other words, nothing that transpired later in front of the Prime Minister, when political parties switched places, happened that day.”