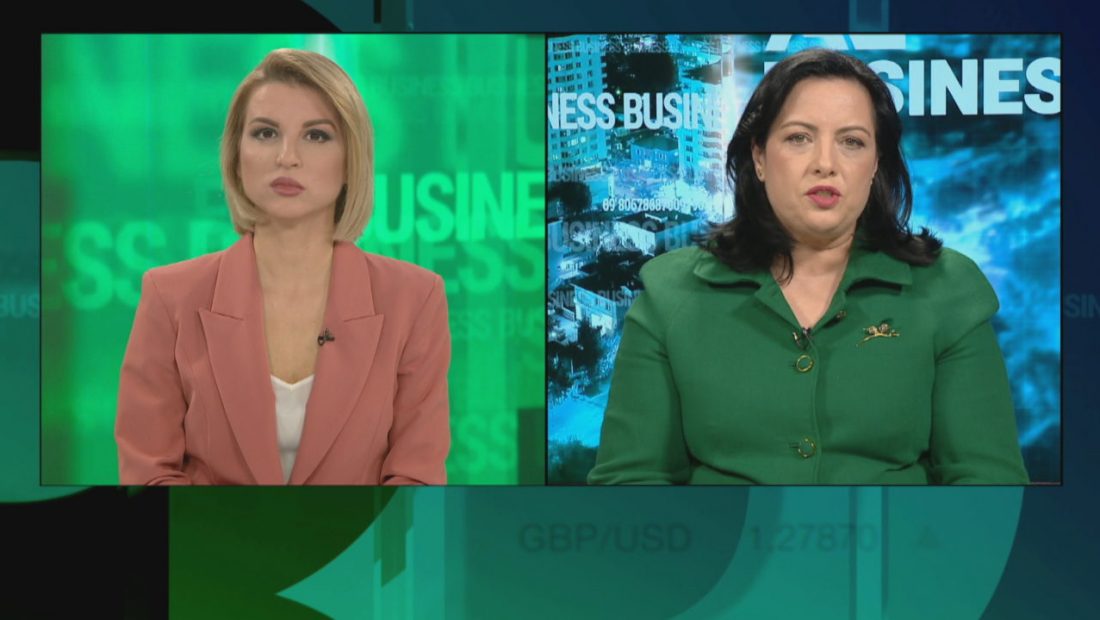 Brunilda Isaj, a personal finance consultant, declared on A2 CNN’s “A2 Business” studio with Aurora Sulçe that the price hike has not yet begun in its entirety.

“Basic food products have increased significantly, by roughly 5% to 6%. Even the amenities have been significantly increased. This was a foregone conclusion, given the increase in pricing on the worldwide market. Even in our country, the full effect of the price hike has not yet been visible,” Isaj explained.

According to her, “institutions can take clues from the market and study the trend” in order to minimize abuses.

“Rising prices push into poverty individuals who were already on the brink. And there are changes occurring in the middle class. For instance, travel has decreased. “If there was hesitation during the pandemic due to uncertainty, financial resources are now being directed toward the most vital products,” Isaj emphasized.

Erald Themeli, director of Monetary Policy at the Bank of Albania, stated on A2 CNN’s “A2 Business” studio with Aurora Sulçe that increased demand for products has compelled enterprises to seek additional staff and pay higher wages to secure this workforce.

“Exactly for this reason, the Bank of Albania announced long ago that we expect inflation to reach 3% by the end of 2022 and that we anticipate the start of monetary policy normalization this year,” Themeli explained.

“In addition, we have observed an increase in the price of energy, oil, and the international price index. Because the majority of products traded in the country are imported, the increase in prices has begun to be reflected in the domestic economy,” stated the Bank of Albania’s director of Monetary Policy.

He added that there is no evidence of price manipulation, however he does not rule out the possibility.

When asked about the impact on Albanian families’ budgets, Themeli stated that products cost on average 3.7 percent more now than they did a year ago.

“It is well accepted that lower-income families spend more on food, i.e. on items that have increased in price, and hence have a significantly larger perception of inflation. “

“When prices drop in international markets, it does not reflect in Albania”

Kastriot Sulka, an economic expert, stated on A2 CNN’s “A2 Business” studio with Aurora Sulçe that “senior citizens and people with disabilities are the categories that are most affected by price increases.”

“Inflation does not affect everyone in the same way. For some, the rise is significant, while for others, it is a luxury. If over half of the workforce earns less than 30,000 ALL, this group is impacted. I agree that prices have climbed in synch with global energy and gasoline prices, but when global prices fall, the Albanian consumer does not benefit,” Sulka stated.

Sulka believes there is a way to avoid price abuses: “We have institutions that should supervise monopolies.  We are all aware that gas is acquired at large quantities and stored. However, the increase in the price of fuel on the international market is reflected in the Albanian market within the day, before the stored product is sold. Institutions turn a blind eye in this case, to not say something else .”

According to him, the categories most affected by price increases are elderly and persons with disabilities.

Klodian Muço, an economic expert, claimed on A2 CNN’s “A2 Business” studio with Aurora Sulçe that Albanian families are suffering greatly because 44 percent of their expenses go for food products, and if food prices increase by 5-10%, this has a direct impact on families.

“I have the impression that Albanian families are consuming less currently,” Muço stated. “A significant portion of our families, roughly 35%, live in terrible poverty.”

“The price increase is a complicated process. The price increase will very certainly occu until July, but no one knows for certain when it will end. The issue is when central banks will begin to attempt to contain inflation,” Muço underlined.

Head of Municipalities Association: Consumers’ rights are not protected

According to Agron Haxhimali, the head of the Municipalities Association, who spoke in in the studio of “A2 Business” with Aurora Sulçe on A2 CNN, 48% of households in the rural areas are currently surviving, and their economic status would be damaged by price inflation.

“Approximately 48% of Albanian families reside in rural areas. This suggests that a family of three or four people in the village previously lived under poverty conditions. What about today, after prices have increased even more? They were found unprepared and uninformed by the institutions. They must explain the rationale for this price hike. I believe there are abuses, but the primary issue is a lack of control.”