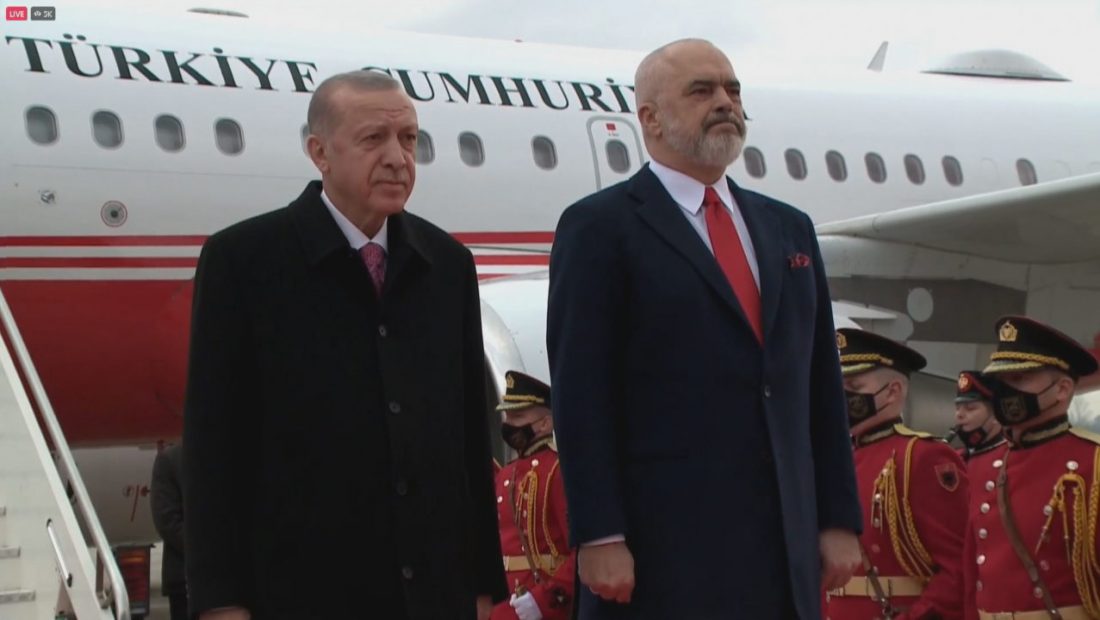 Recep Tayyip Erdogan, the Turkish president, arrived in Albania for a two-hour formal visit. Prime Minister Rama and a delegation of cabinet ministers welcomed him with an official ceremony.

Erdogan’s first stop will be in Lac, where he will hand over keys to new houses built as a gift by the Turkish government following the November 26 earthquake.

The Turkish president will also pay a visit to a local family. Following the handover ceremony, the President of the Republic of Turkey will be honored with a naming ceremony of a square in Lac.

Erdogan’s day in Albania will continue with a meeting between President Erdogan and Prime Minister Rama, followed by a news conference at 15:00 after the two parties sign multiple agreements.

The recently restored Et’hem Bey Mosque in Tirana will be inaugurated at 16:00, while Erdogan will deliver a welcome speech to the Albanian Parliament at 17:00.

Turkish President Recep Tayyip Erdogan’s visit to Albania has been accompanied by strong security measures, including hundreds of police officers, both uniformed and civilian, on the ground, while members of the Turkish presidential guard have already arrived in Tirana.