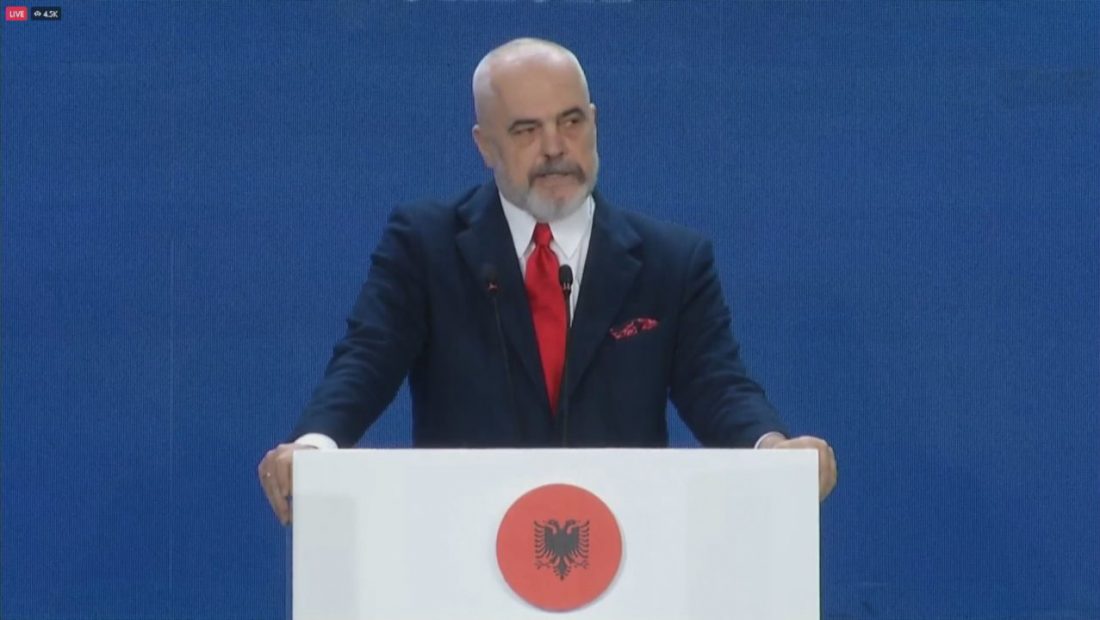 Prime Minister Edi Rama thanked Turkish President Recep Tayyip Erdogan and described him as a great friend of his and Albania from Laci, where Erdogan is expected to hand over house keys to families affected by the November 26 earthquake. The head of government mentioned the initial encounter with him in his speech.

“This is a special day. I’d like to say briefly that today everyone wants to hear Albania’s wonderful friend, whom I have the privilege of calling my dear friend. I was nervous from the start of my first meeting with the president, who was also the prime minister of Turkey at the time, because I had seen him on TV and he did not appear to be smiling. When we first met and were seated across from each other, he stared at me but did not smile. He told me, ‘Albania and Kosovo are in my heart,’ even though I hadn’t yet been Prime Minister. ‘Albanians are in the heart of the Turkish people. I want to call you my brother, but I’ll only say so when you, as Prime Minister of your country, deserve your people’s respect’.  I am thrilled to be able to call President Erdogan a friend.”

The head of government also affirmed his reply to the leaders of other nations, who are skeptical about his friendship with the Turkish president. According to Rama, Erdogan says what he does and does what he says.

“Unfortunately, I am unable to translate my words into Turkish. But I don’t have an option because I’m too old to learn Turkish at this point. But today I’ll also add that it’s been years since I’ve had the honor of serving in this position, and I’ve met practically all of the great leaders of other countries. It is true that they are often curious about this close friendship with the President of Turkey. They tend to regard it as part of a conspiracy; they talk about Neo-Ottoman Turkey, mosques, presidential ambitions, and so on. My response is straightforward. Erdogan says what he does and does what he says. And believe me, finding people whose “yes” means “yes” and “no” means “no” in today’s world and diplomacy is difficult. All of those lovely phrases have come to life right here. You can see what Erdogan means when he says, ‘I have Albania in my heart, and whatever hurts Albania hurts me as well.’  ‘Humanity is one body, and every nation is a part of that body’, says Ataturk. Erdogan’s spirit is deeply embedded in the spirit of Turkey, in the way how Turkey views the world and its friends”, Rama declared.