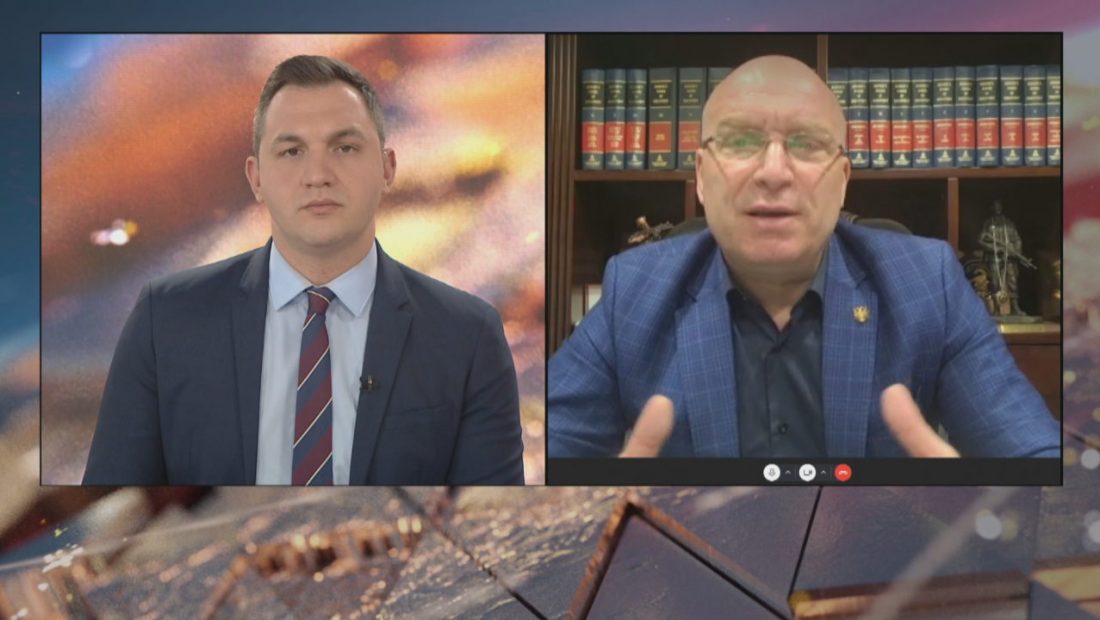 Russian influence in the Western Balkans is very considerable, especially in Bosnia and Herzegovina and Serbia, but in Albania the scope for action is minimal. Colonel Dritan Demiraj shared this opinion in the studio of the Diary on A2 CNN, according to which, our country has great American support and this prevents Russia from achieving its objectives. He pointed to Russia’s scenarios in destabilizing Montenegro and northern Macedonia, but these attempts failed.

“We have great Russian influence in Serbia, despite the fact that Vucic is trying to show that he is pro-European. On the other hand, aid and equipment threatening neighboring countries are provided by Russia. This was also stated by Lavrov and Putin’s visit with Vucic. In 2016, Russian intelligence services were involved in destabilizing Montenegro, and in support of Gruevski, the same scenario was in Montenegro and northern Macedonia. I do not believe it and I can not believe it regarding the part of the PD deputies. But it is an indisputable fact that Russia is active in the Western Balkans, has failed in Montenegro and northern Macedonia, and in Albania has not aggravated that the intelligence services and the US have a tremendous influence and space to operate in Albania is minimal. I do not believe these theories. “Albania is also part of their objectives, but it is more protected due to American support.”

According to him, the establishment of the American operational headquarters in Albania shows the great support of the United States to our country and the region.

“Great news for Albania that shows the US support in this command consists of 3 components: land, sea, air. It is important for Albania to show that it has US support and its role is growing in the region. The US interest in strengthening Albanian democracy is a fact. “The main mission is the fight against terrorism, without excluding the fight against other conflicts.”

From the time Putin came to power in 1999 until today, Dritan Demiraj has brought to the fore Russian activity in weakening systems, investing in the field of cyber and disinformation. According to him, one of the scenarios of Russia was the assassination of the President of Montenegro Djukanovic, but thanks to the American, European intelligence, this scenario failed.

“Russia, from the moment Putin came to power in ’99 until today, has been very active in exploring the weakening of electoral systems, has paid attention to cyber operations by investing in the media, in disinformation, spending hundreds of thousands of dollars. . This started in 2004 in Ukraine, then in Estonia in 2007, on August 25, 2008 with the occupation of Georgia this attack started with the destruction of all ministries, banks and the power distribution system using as a pretext the annexation of Abkhazia and South Ossetia using the pretext of Kosovo. In 2014 in the invasion operations of Crimea, destroyed all means of distributing energy, struck cyber attacks with gas distribution applying the new military doctrine consisting not of confrontation, but of osteric methods applying the theory of deception and misinformation. This has continued with Montenegro, they did not succeed. The scenario also included the assassination of President Djukanovic, where the American, European and local intelligence services enabled the arrest of 20 people, 3 of whom were Russians. “The same scenario in Bosnia, but it failed.”

As for the US-Russia talks in Geneva on Ukraine, Demiraj stresses that only sanctions can stop Putin.

“The discussions between the deputy foreign minister and a delegation from Putin’s government and the US State Department are extremely challenging, as Putin’s aggressive activities have pushed the US and the EU to the brink of a deal. We have 110 thousand prepared forces in an aggressive Russia. Putin’s primary objective is Ukraine. Putin, in my opinion, is only restrained by sanctions, which, despite Putin’s strength, subject him to extraordinary sanctions. And the US and EU will exacerbate Russian discontent, which has already showed itself considerably with the increase in gas prices, which resulted in the burning of numerous cities in Kazakhstan. It required the assistance of other governments, which sent armies. “Russia is strong; it will aggressively carry out provocations in these regions where it has its secret units, but there will be provocations of that sort that will enable Putin to invade the provinces with troops to annex them.”

When asked about some MP’ claims regarding the Russian scenario in the Democratic Party’s January 8 riots, Demiraj stated that he does not trust these hypotheses but condemned the attacks on the blue headquarters.

“I reject these theories. These are developments that do not accurately portray the DP; it is a struggle for which I have fought. As a country aiming to join the EU, the attack on the PD building is intolerable. I implore the two leaders to find a path forward through negotiation and resolution.” Attacks are intolerable; they are a long way from Albania’s goal.”

He had no remark on former Prime Minister Berisha’s dismissal from the DP.

I have nothing to say about these developments. I request that they be closed permanently and that the DP resume its constitutional mandate of providing opposition in Albania, recognizing that extraordinary economic and social issues exist in the country and that Albanians require a strong opposition.”