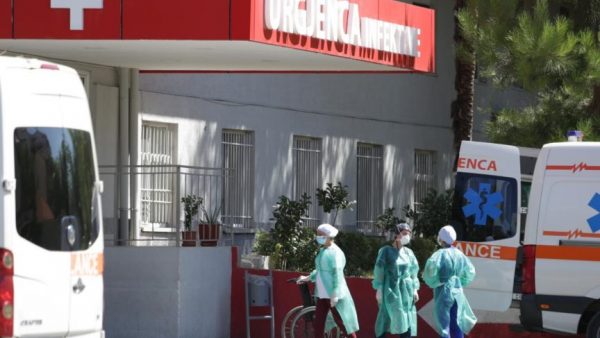 According to the Ministry of Health, 2177 citizens tested positive for coronavirus in the last 24 hours, out of 8136 tests. This is the highest number of new cases reported in a single day in our country since the pandemic began.

Meanwhile, six persons have been confirmed as fatalities, while 639 have recovered from the infection.

At the moment, COVID hospitals are treating 116 patients, 14 of them are in critical condition.

Albania also began immunization against Covid-19 under the “Albania smiles” campaign, using 10,750 doses of Pfizer whose source was never disclosed. The immunization effort was extended to include medical personnel, the elderly over the age of 80, police officers, and other vulnerable populations.

The administration announced mass immunization in advance of the April 25 elections, with 500,000 doses of Chinese Coronavac vaccine made feasible with the assistance of Turkey. Previously, Prime Minister Edi Rama had been critical of the European Union’s lack of funding for vaccines on numerous occasions. European assistance has arrived, with over 500,000 doses provided to the EU and member states as yet.

Albania currently has sufficient vaccine supplies, but a shortage of those willing to be vaccinated. One year after the process began, about 2.5 million vaccines have been delivered in the country, with over 1.1 million persons receiving the first dosage and slightly more than 1 million receiving the second. In percentage terms, 41.5 percent of the population has received the first dose, 37.4 percent has received the second, and less than 6% of Albanians have received the third.

Young people continue to be anti-vaccination, as seen by data on vaccinated age groups. The vaccination rate is lowest among people aged 18-24 and 25-39.

Albania, although being the second country after Serbia to initiate the vaccine campaign, ranks penultimate in the area in terms of vaccination level, followed only by Bosnia and Herzegovina 365 days later.