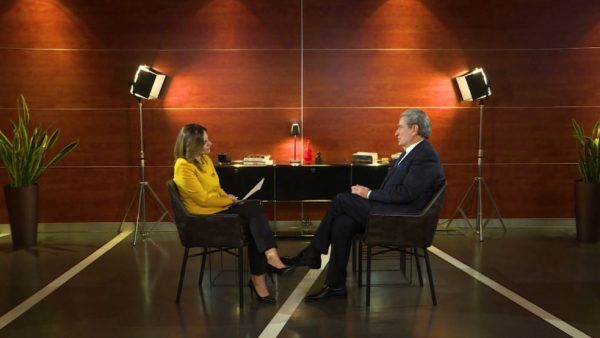 Former Prime Minister Sali Berisha explained why he decided to return to politics in a “Interview” with Merita Haklja on A2 CNN.

“History has shown that comebacks are a success. Comebacks are a calling, not a wish. They are the call of supporters or society. The call does not come from nowhere, but from a memory that the citizens have kept alive, a memory that gives them great hope that the return of Sali Berisha would be a success, and that they will forget about the second Sali Berisha. Having stated that, everything will be decided by a vote, in an open race with Albanian democrats,” Berisha declared.

“It will be a race based on the laws and standards of a completely free run,” he stated when asked how free a race with Sali Berisha would be. ” I don’t deny that I have moral authority. I’ve also heard my opponents’ zealous fans speak in the form of individual cults. I’d like to explain that there is an individual cult built on misuse of power, but if we’re talking about my fans’ admiration after 8 years without political authority, I believe we’re comparing the incomparable. The attitudes and legacy that a person leaves behind determine his moral authority. So, talking about the cult of the individual for a man who has been with no powers for eight years is a historical travesty.

“In 2013, Sali Berisha resigned and accepted full responsibility for the loss. After that, the PD was taken over by someone who not only had no direct ties to me, but was also from a different generation. At that period, there was a generational shift. Lulzim Basha’s character determined whether or not he became a leader. Sali Berisha made the mistake of not running again in 2017 after the DP experienced severe defeats “, Berisha stated.