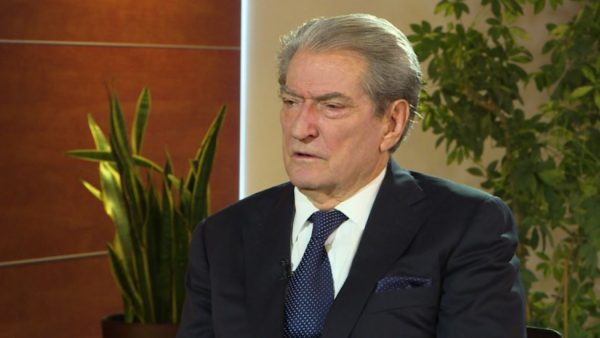 Sali Berisha explained what will happen now with the Democratic Party in a “Interview” with Merita Haklaj on A2 CNN.

“There was only one assembly, which took place on December 11 after over 5000 delegates signed the formal request. Then, in a disgraceful and unprecedented move in the history of pluralism, an anti-assembly was called. Lulzim Basha (who replaced the Democratic Party HQ locks) demonstrated what he is capable of doing for his post. He attempted to sell 2000 “delegates” as if they were 5000. This is only done by persons who have no concept of human responsibility. Less than 2000 seats were counted by a journalist. This was the anti-assembly. Meanwhile, he has continued to change locks, a bad habit he has had since his time as mayor of Tirana. The assembly on December 11 is and will remain the most historic,” Berisha asserted, “because it garnered signatures from delegates who were disgusted by the party leadership.”

The former prime minister added: “Lulzim Basha had 10,000 more votes against him than he had in favor of him three months ago. As a result, Basha is currently simply a Member of Parliament. Any journalist, Democrat supporter, or anybody else seeking verification will have access to 44,000 votes, which will be published alphabetically by name, surname, and identification card. Everything can be simply verified.”

“The leader who loses the elections must resign,” Berisha says. We should never be led by the belief that “we can’t have anything better than what we have now. In his entire life, Lulzim Basha has only experienced one victory. It was simply the Municipality of Tirana, and the Democratic Party was the architect of this victory.”