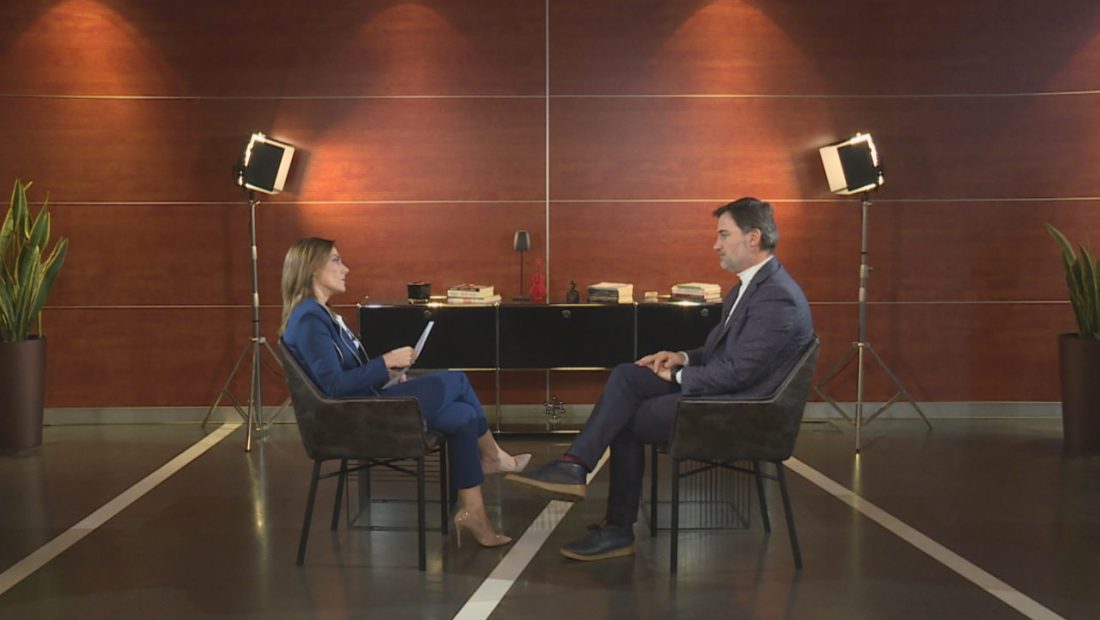 Enkelejd Alibeaj praised Lulzim Basha’s move on September 9 to dismiss former Prime Minister Sali Berisha from the parliamentary group, who had previously been deemed “non grata” by the United States of America.

The PD deputy leader stated that following Basha’s decision, the United States’ representatives, including as Ambassador Kim and Deputy Assistant Secretary Escobar, emphasized that the US is supportive of the Democrats until they gain power.

“On September 9, Lulzim Basha made a moral political gesture. I recognized that it would be an act that would wreak havoc on the Democratic Party’s base, so much so that we would never recover from the “electoral massacre” in which we were robbed from the possibility of change. The fact that Basha took it himself was one of the finest acts, as it avoided involving the base and deteriorating existing traumas. Because of the statute, Basha had to make this decision. Some people disagree. I get it. One of the US’s choices, according to the US, was made against one person, not the DP or the Democrats. Even US representatives, such as Ambassador Kim and Mr. Escobar, have stated that the US is close to the Democrats and that they would remain close to the DP until victory, that is, until democrats gain power. This is a good illustration. We don’t have the luxury of not having an ally like the United States on our side, which has made it obvious that the DP has no chance, zero, of gaining power unless it takes that coercive step that was taken in September,” Alibeaj said in an interview with Merita Haklaj.

Alibeaj stated that this choice should be accepted in the same way as Albanians have accepted America during the most difficult periods of the country’s history during the last 30 years.

“The US State Department made this determination. When they say US, they are referring to a situation in which any further conversation is pointless.

He stated that Berisha should be treated with the same respect as other people who have been deemed non-grata in our country.

“If we have asked all those who have been designated non-grata to resign from parliament, but also from politics, it casts a shadow on all of us in terms of political coherence and morals,” Alibeaj remarked.

Alibeaj also addressed the committee for the Democratic Party’s re-ultimatum establishment’s to Lulzim Basha to resign the office by January 5.

He stated that this is not the DP’s spirit. Alibeaj referred to the referendum on Basha’s dismissal as a “referendum held in billiard shops” with fictitious figures.

“Is this the DP’s spirit?” Is this a more cohesive and open party as a result of this? Referendum held in billiard shops, using fictitious figures. I know what happened in at least a few branches, but I don’t want to say it publicly because I want to maintain the Democrats’ last membrane. As a result, the invasion of the PD headquarters on January 5 cannot be justified.

Another example is the fact that the PD headquarters is owned by all Democrats. There is just one strategy: we, the DP, want to take power an hour earlier, and we need friends to accomplish it. We don’t have the luxury of not having an ally like the United States on our side, which has made it obvious that the DP has no chance, zero, of gaining power until it takes that coercive step that was taken in September,” Alibeaj said.

As regards the massive private data leak, Alibeaj said that it combines with the issue of “Patrons” and demonstrates that the SP had a thorough strategy to use this data for political purposes.

He added that other information may be made public.