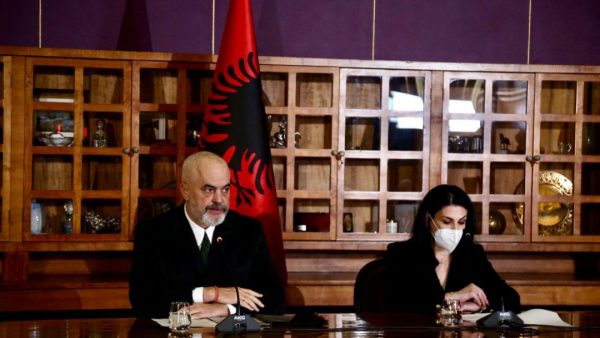 A massive personal data breach leaked the salary information of more than 630,000 Albanians yesterday, causing turmoil and anger among the public. A similar leak took place months ago, before the elections when it was revealed that the Socialist Party electoral “patrons” had the names and addresses of a large number of Albanians. The case was reported at the Special Prosecution Against Corruption, but there has been no progress so far.

The second breach is even more serious, with an excel document revealing the salary and ID number of around 650,000 Albanian citizens and foreigners working in Albania.

The Prosecutor’s Office in Tirana has opened a case over “power abuse” and “breaching in computer systems.” The prosecution has sent an investigative team to three institutions: the National Agency for the Information Society, the Social Insurance Institute, and the General Directorate of Taxation.

The Prosecutor’s Office in Tirana began investigating the case on Wednesday morning. A group of citizens submitted a report asking an investigation into the release of their personal data, according to sources close to the prosecution.

In response to the salary-leak issue, Prime Minister Edi Rama claimed that similar incidents have occurred and continue to occur in many industrialized countries throughout the world.

“The United States had its secrets revealed to the eyes of the entire world, by certain individuals who were granted political asylum by America’s opponent. As occurred in Canada, where 360,000 teachers’ identities were stolen. In the United Kingdom, a private electrical company supplying police was hacked, and more than 1 million fingerprints were exposed. All data on people emigrating to France was leaked in France. There are several incidents, and this is a problem that every country faces,” Rama said.

The Prime Minister implied that the opposition is exploiting the data leak for political gain, and that citizens should rest assured that the digital services platform has not been breached.

Prime Minister Edi Rama supported Mirlinda Karcanaj, the director of the National Agency of ICT. When questioned by A2 CNN if Ms. Karcanaj would resign if the investigation revealed that the database from e-Albania had been leaked, the head of government responded that all secrets had been leaked to the US and that no resignation had been offered.

Lulzim Basha, the Democratic Party’s leader, declared that Prime Minister Edi Rama had to resign after this scandal.

“While a former Rama minister (Lefter Koka) was arrested for the incinerator corruption scandal, another controversy erupted. The prime minister would resign in any other country. Edi Rama is the only responsible and the only person who benefits from both scandals. We stated that the situation involving the Socialist Party sponsors’ data leak was very severe, since sensitive information and their salaries were stolen. These records were made accessible to the Socialist Party’s electoral headquarters. This issue merely confirms the criminal system of electoral crime,” Basha stated.

Former Prime Minister Sali Berisha reacted to the scandal in a press release. Despite describing it as a serious incident, Berisha encouraged citizens to believe that it was brought to public attention to divert attention away from a corruption scandal involving hundreds of millions of euros for incinerators, in which Prime Minister Rama and government cabinet ministers are said to be involved.