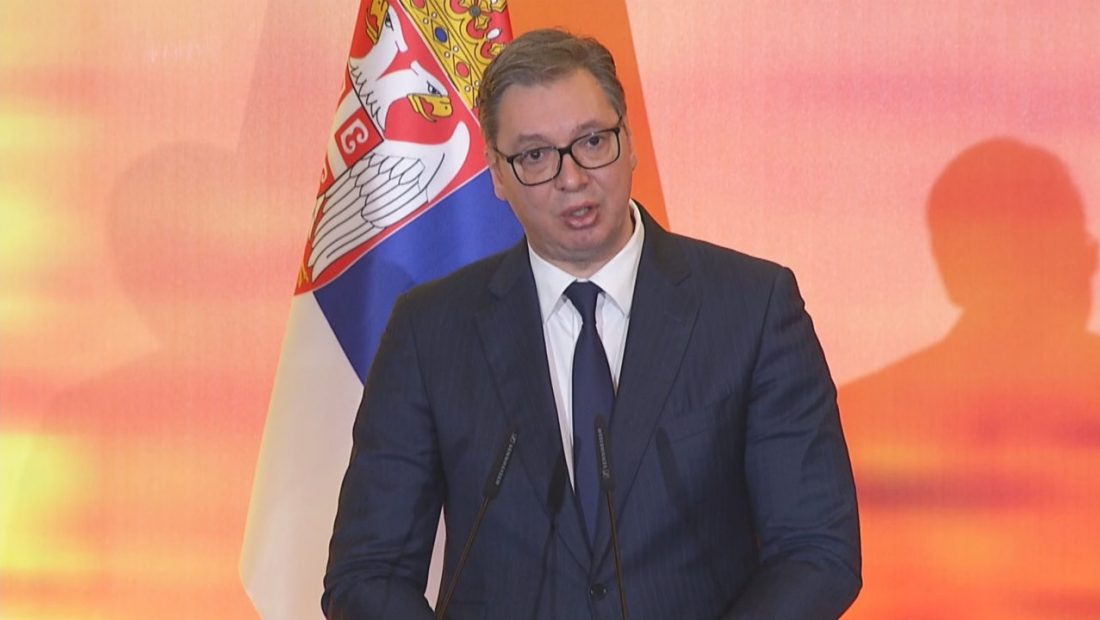 “Albania, Serbia, and Northern Macedonia all have different perspectives on Kosovo, but that is no excuse to avoid dialogue or to exclude someone from the Open Balkans.” This is the answer given by Serbian President, Alexandar Vucic, when asked whether he would accept the flag of Kosovo if Prishtina agrees to join this initiative.

He claims that inviting Pristina to this project would be counterproductive since they would reject it just because the invitation was made by Serbia, but he also asks Montenegro to not waste time on the benefits of this endeavor.

“The border crossing places near Jarinje or towards the Presevo Valley are mentioned in the agreement. But first, let’s get to the point. Will it be simpler for Albanians and Serbs to move freely if there are no borders or queues? Isn’t it easier? I don’t think there’s anyone who disagrees with what I’m saying. I don’t believe it’s a good idea for me to invite Pristina since they’ll just say no because I invited them. But, if we were to fix the political status, it is a matter for Brussels, and here we are open to resolve economic issues, an invitation which I am also extending to Montenegro. Those who refuse to participate in this campaign will waste time. There is no need for us to keep persuading anyone. This effort has solely positive outcomes. My official advisers informed me yesterday that we will hold elections in three months and that I would not be wise to attend this summit because the Serbian flag had been burnt. When the same thing happened to Rama, he came to Belgrade as well. How can we not tolerate?”

The Open Balkans Effort, he explained, is a peace initiative that strives to construct bridges of collaboration between the region’s countries for the sake of economic development and young people’s perspectives.

“We’ve come to build bridges and cooperate, and people will appreciate it. There are millions of areas in which we can cooperate, but we must act responsibly and seriously. It is our responsibility to administer our country first and foremost by sustaining peace, and in doing so, we shall attain peace. This is an initiative that promotes peace and economic progress, as well as getting to know one another. Today, I’m acquainted with some wonderful people. However, we must provide this possibility for young people who must coexist. Every Albanian family, as well as those in Northern Macedonia, have my respect. We all do it for the sake of our respective countries. We will continue with this initiative because it is exceptional; we have invested time and effort, but you will see tangible and visible results. I believe that the number of Open Balkans members will grow, and we can all agree that three is better than one.  The open Balkans concept is a compelling initiative that benefits three countries.”

Vucic commented on the burning of the Serbian flag in Tirana during a demonstration against his visit.

“The desecration of state symbols is something that is unacceptable, but I believe the Albanian authorities reacted immediately, honestly, and appropriately,” Vucic said, declining to comment on the anti-Vucic rally.

“I will not meddle in a political party’s internal matters,” Serbian President Aleksandar Vucic said on RTS public television.

“We must be rational, look to the future, and understand why they are enraged when we burn their flag, which happened before Edi Rama arrived in Serbia,” remarked Serbian President Aleksandar Vucic, among other things.

Prime Minister Rama also reacted to the situation, recalling speaking Albanian in Belgrade to seek recognition of Kosovo’s independence, emphasizing that he was not a hero at the time and does not feel a traitor now that Serbian President Vucic is visiting Albania.