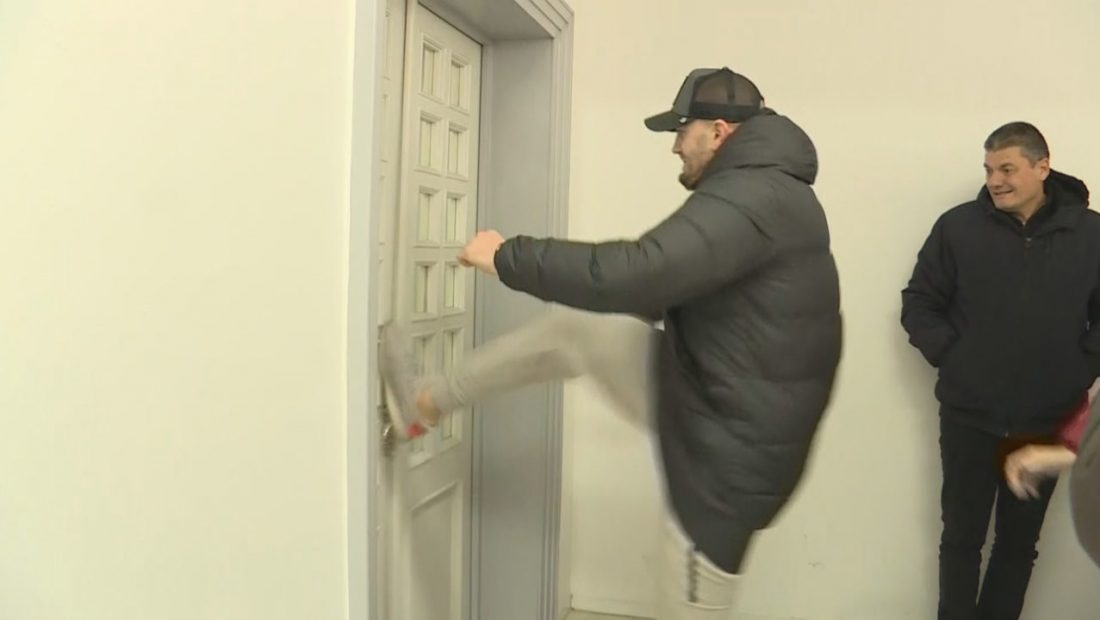 In another hall, Lulzim Basha was holding a parallel meeting with members of the DP leadership. There were also Basha supporters in the hall but also his bodyguards.

The DP re-establishment commission is a new body created by the December 11 assembly, which will oversee the transition process in the DP until a vote on a new chairman is held in March. The December 11 assembly voted to dismiss Lulzim Basha, a decision that was ratified in a referendum at DP branches across the country.

This assembly is not recognized by Lulzim Basha and the leadership of the Democratic Party, who organized another national assembly on December 18, where they expelled Sali Berisha from the leading functions of the party, due to the declaration “non grata” by the United States of America.

Former Prime Minister Sali Berisha, from the conference hall of the Democratic Party, warned the party leader, Lulzim Basha, not to even think of opposing the dismissal decision taken in the December 18 referendum.

When asked about how the re-establishment commission entered the conference hall, breaking down the door, Berisha said: “There is no lock to stop our revolution.”

The leader of the Democratic Party, Lulzim Basha, responded to Sali Berisha, after the latter warned him not to even imagine that he would oppose the decision of the December 18 referendum to dismiss him from the post of party leader.

“I call on Sali Berisha, former MP of the Democratic Party, to read well the decision of the Assembly of the Democratic Party. Today, a former party MP, has entered the headquarters with the help of his family and criminals filed in Britain, to break down the doors of the DP and to divert our party’s attention from protecting people from the corruption that is causes the government of Edi Rama. “

“However, we are not distracted by our battle for the people. We will move forward with the investigation of the incinerators affair. I tell Edi Rama to unblock the investigative commission on this issue “, added Basha.

Lulzim Basha said that Edi Rama and Sali Berisha are in sync with their actions, because according to him, Rama also expects to be declared “non grata” by the United States of America.

Basha added that within a year, the DP will submit to the Constitutional Court the law on co-government and abuses of earthquake funds.