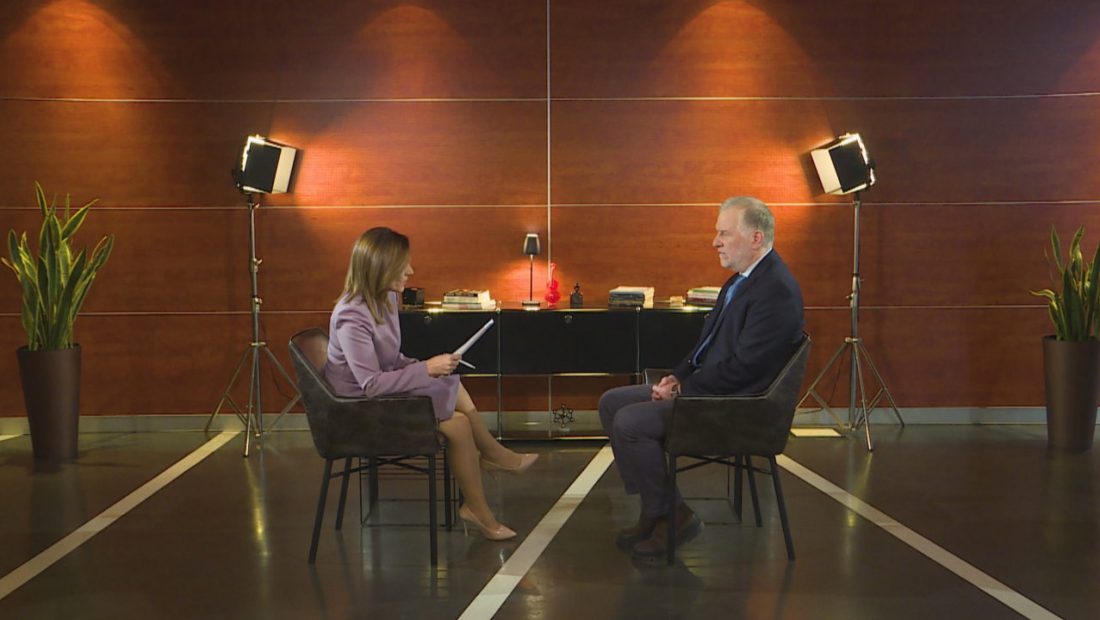 In an interview with Merita Haklaj, one of the founders of the Democratic Party, former Minister and former MP Genc Pollo, outlined the two mistakes made by Lulzim Basha after losing the elections on April 25. According to Pollo, Basha cannot bring the DP to power after another 12 years of opposition with the same political opponent after 8 years of opposition and constant losses. For Pollo , the Democratic leader’s second mistake was getting voted for party chairman in a hurry, and he blames former Prime Minister Sali Berisha for not opposing the continuation of the ineffectiveness.

“There are two types of errors or problems: the first is individual responsibility, and the second is group responsibility. Basha should have quit after eight years in opposition and eight consecutive losses in legislative elections. A politician who has been in opposition for eight years cannot pretend to come to power after a 12-year period in opposition. How can you expect that you’ve always been defeated by the same opponent? If Basha had resigned, the same figure could not lead the party, and the race would be open. There would be hope and confidence, and a powerful opposition could be established, and we would have a chance to rise to the majority. This did not occur, and it is the first error. The DP would not have had these disturbances if Basha had the correct civic-political conscience. The second event was the election of a hastily appointed chairman, for which everyone who did not protest the pointless continuation has responsibility. Those who did not allow for the creation of a new project. I’ve talked to a lot of Democrats at all levels, and they all say the same thing: why didn’t Berisha speak before, but only now.”

He accuses not just Sali Berisha, but also all Democrats, of failing to speak up about Lulzim Basha when they should have, while complimenting the historic leader’s move to reawaken the DP, which had become pessimistic with Basha.

“Let Berisha explain why he didn’t speak; however, rather of viewing this move favourably, consider if you would oppose or support another candidate if you knew you wouldn’t have a chance with the same chairman. The DP has sunk into pessimism, but thankfully, in recent months, the DP has awoken and is full of hope and confidence. The haste was to keep the chair and the seal, but there was no democratic coherence to deal with Mr. Berisha’s issue.”

According to Pollo, Ramiz Alia quit three decades ago when he realized he had lost his support; Basha, who has lost the backing of the democratic basis, should have done the same.

“He was the last communist leader, but on March 22, he told Sali Berisha in his office that he would quit since his party had lost 2-3 percent of its popularity. He recognized that this was not going to work out and demonstrated political maturity. Basha realized 30 years later, in September-October-November, that there was no democratic support and that the structures were turning against him. The DP chairman should have been frozen at the level of Ramiz Alia three decades ago. When 51% of the base is against you, you have no choice but to act. I think of Ramiz Alia when Basha declares ‘I have 99.9% of the support’.”

Basha has adopted Rama’s concept, according to Pollo, because in 2003 he recommended that whomever lost an election should resign, but when he lost, he did not give up. However, he claims that the DP has shown that it resigned when it lost elections, as Berisha did in 2013.

“His electoral loss was a setback for him. On April 26, Basha should have stated that the elections were lost despite the electoral massacre, that he has responsibility for not bringing the Democrats to power, that he would not run again, and that the assembly date will be announced.

In 2003, Edi Rama proposed the idea that whomever loses an election should resign. Rama’s idea was rejected in the SP convention. Rama became party leader in September and modified the statute after the SP lost the elections. Rama lost the elections in 2009 and refused to stand by his party’s statutes or the initiative he had taken. The DP has accepted him, but its leaders have proved that if they lose an election, like Berisha did in 2013, they can leave.”