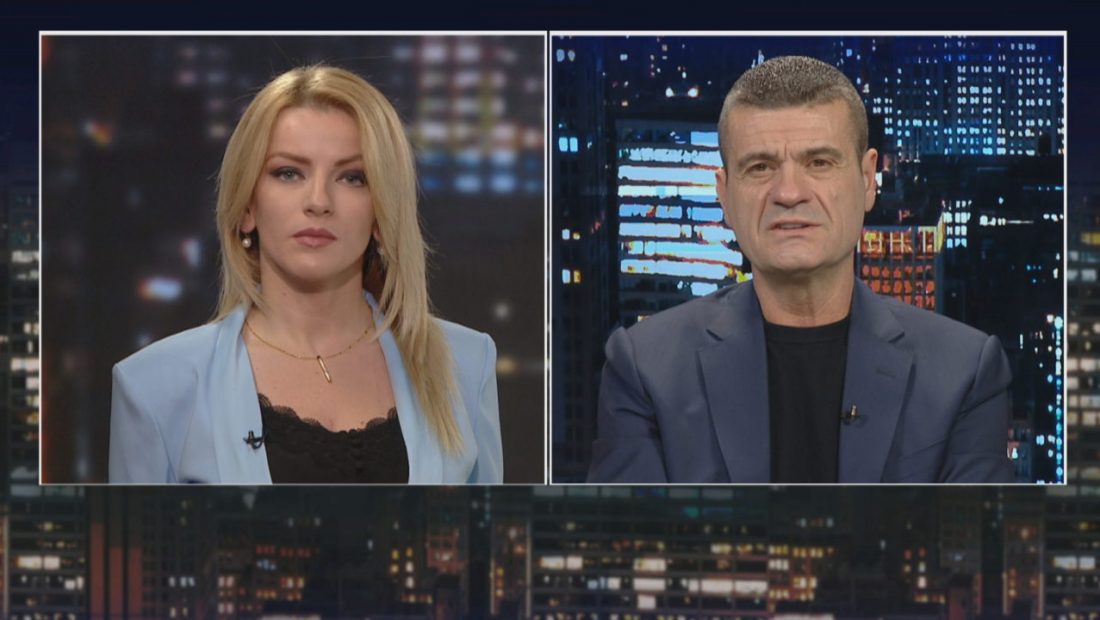 Former Democratic Party deputy chairman Astrit Patozi said on “Debate” with Alba Alishani on A2 CNN that the fact that the Democratic Party’s two sections are in court is not a terrible thing.

“It’s either courts or self-judgment.  We already have two political groups, so division is inevitable. But division does not spell doom. The two sides’ rivalry has reached grotesque proportions”, Patozi declared.

“Basha possesses the Democratic Party’s ownership title,” he says, “but he has had Berisha’s support for 8 years.”

Patozi concluded by making a recommendation to the Democrats: “I have a tip for the Democrats: this situation will not persist endlessly.  January will bring new news, one party will gain credibility, and another one will form. I believe the DP will have two major parts, which is good news. Because dividing can increase the DP.”

Dritan Shano, who was present at the December 11 assembly, demonstrated how the Democratic Party has evolved since that date.

“On December 11, democracy was unparalleled. A lot of delegates met together in one place, which is good for the country. The assembly also voted to limit the chairman’s term and tie it to his performance. The essential point is that power is limited. Other major things followed, culminating in the incumbent leader’s dismissal”, Shano emphasized.

Hajdari: Basha’s disappointing performance had Berisha’s approval until they went against each other

Former Democratic MP Rudina Hajdari linked the thousands of Democrats who attended the December 11 assembly to the disappointment created by Basha, but she said that this disappointment was kept hidden because Berisha had approved it.

“I understand the disappointment of all the Democrats who participated since I see Mr. Basha has not won in 8 years and has made no attempt to entice or respect the contributors.”.

According to Hajdari, disappointed with Basha, many Democrats congregated in that stadium. You could hear in every conversation that people had lost faith.  The fact that it was kept hidden shows Mr. Berisha’s approval”, Hajdari declared.

The former MP adds that Basha and Berisha’s actions are bad for the Democratic Party. Basha should have invited Berisha to dialogue rather than attacking each other.

Krasniqi: December 11th assembly, a day of revolt. Basha wants a party without a past

December 11 was a day of protest by the disgruntled, a day when many Democrats have been in opposition for 8 years, says analyst Afrim Krasniqi for CNN.

“The stadium meeting was, in my opinion, beneficial for Albania. That group of people did not attend the rally, they paid with their money, they had the bravery to vote against the leader, and while being involved in a political scenario, they maintained their dignity and gave a lecture. Meanwhile, rather than promoting greater democracy, we are now discussing the abolition of the PD.”

“The Democratic Party is becoming a party without history,” Krasniqi adds. As an example, he gives the fact that Azem Hajdari was named a lifelong member of the PD in the Congress of 99. “A group proclaimed it again today in the Assembly, and the other side agreed without recalling what had transpired.”

“A show of force”. This is what analyst Lutfi Dervishi considers the December 11th National Assembly of the Democratic Party convened by Sali Berisha, one week earlier than the one convened by the incumbent leader, Lulzim Basha.

“The crucial phrase is re-establishment,” he says, “so we expect change not only from above but also from the foundation. With those temperatures and obstacles, what was perceived as a democratic activity sent a message to the other side that stunned them. These people are disappointed and necessitate a change. But it’s unclear how much of that energy will be retained.

Basha, according to Dervishi, has succumbed to the system that governs the party he heads.