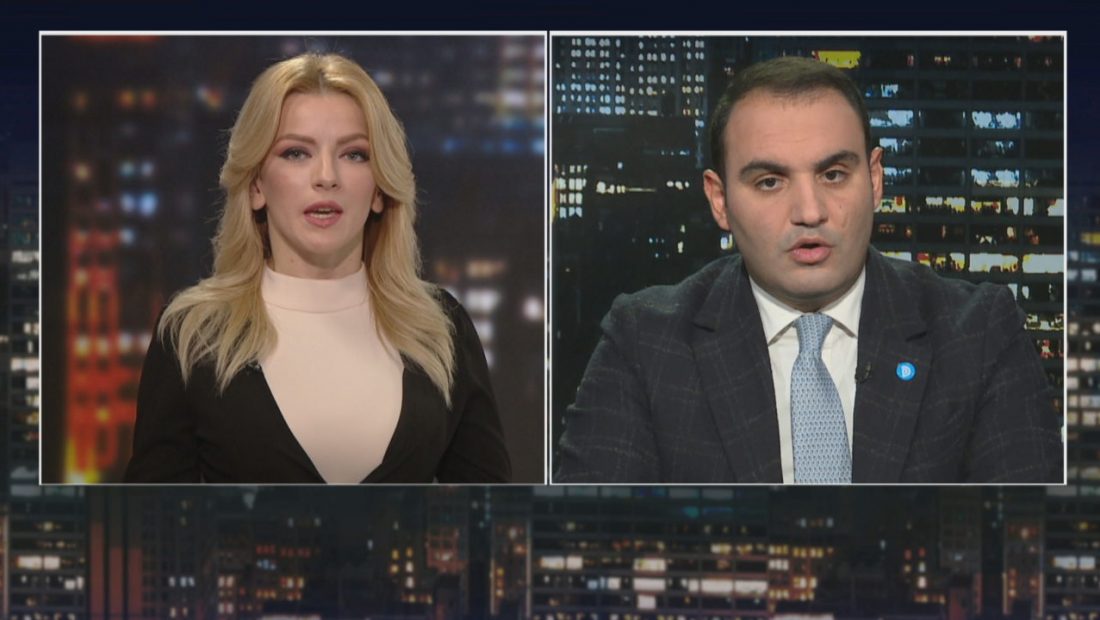 “When we arrived at the Democratic Party offices at 12:45 p.m., we held a meeting that lasted about 2 hours with no incidents. I went to the forum headquarters to meet with the new members of the Democratic Youth Forum (FRPD). The locks on all three doors were changed. We pulled the doors slightly and saw that my office had been broken into. My laptop, USB drive with personal information, hard drive, and even the FRPD stamp were all taken. Because I have never had a conflict with anyone in the DP, an announcement would have sufficed to resign the office. I contacted the police. At the same time, armed individuals threatened and insulted the young people who were with me,” Këlliçi stated.

“To be honest, I have not seen any of Lulzim Basha’s close personnel,” Klliçi responded when asked who the gunmen were. ” There were people I had never met before, and it was the first time I saw them. They displayed their firearms by opening their jackets.  I’d like the photos from the interior cameras at the headquarters to show who those thugs were, who were very definitely hired by Mr. Basha.”

“Lulzim Basha is enraged by the lack of use of violence. It’s been three months since the embassies misled by saying we’d arrive with guns to take over the PD headquarters. The Special Anticorruption Prosecution has 11 reports against me, with the 12th arriving today from Gazment Bardhi. For the past two months, I’ve been warning that these people want to avoid a political solution and instead they want to get caught up in statutes and bureaucracies. They are now a minority inside the party and are no longer significant. They are enraged because the National Assembly passed without incident and without bloodshed. Basha is oblivious to the fact that he is damaging his political image,” Këlliçi said.