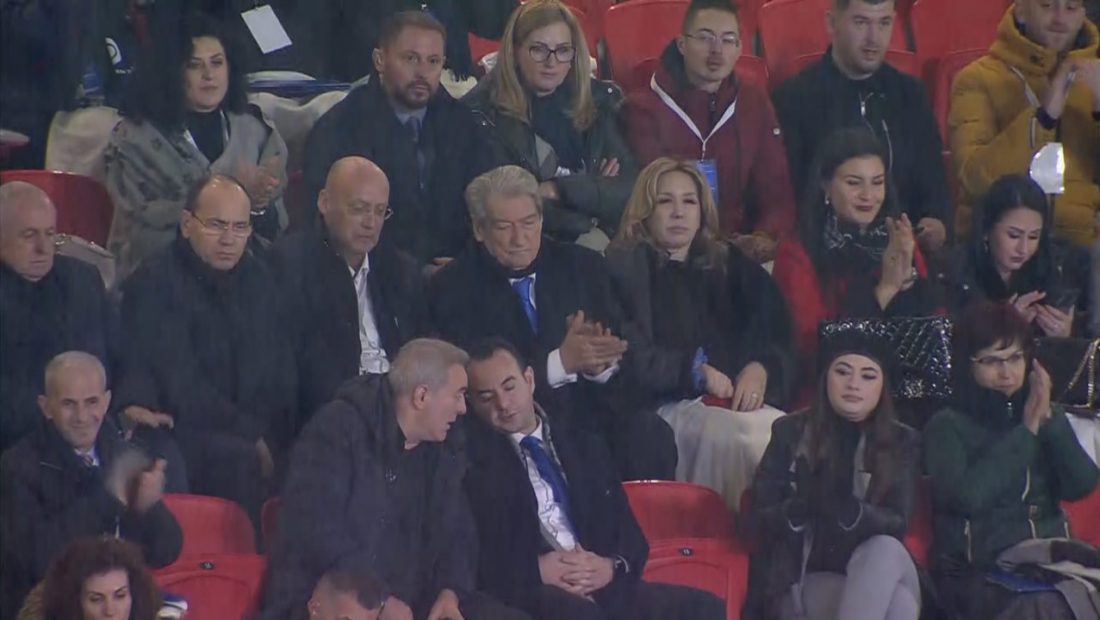 Delegates from the Democratic Party’s National Assembly gathered on Saturday in Tirana’s national stadium for a meeting convened by former leader Sali Berisha.

In the process, 4491 delegates voted, 4446 in favor of ousting Lulzim Basha as the incumbent leader. Thirty-six delegates voted against, and nine votes were deemed invalid.

The referendum on December 18th, when every member of the party in the country votes to approve the decision made on Saturday, will have the final say.

Sali Berisha, the former Prime Minister, was ecstatic following the results of the Assembly elections he called.

Berisha also urged Prime Minister Edi Rama to abandon his efforts to keep Lulzim Basha in the helms of the DP, describing him as a political corpse.

What procedures would be followed in the dismissal of Basha?

On A2 CNN, DP’s leadership member Lirim Gjata discussed how the incumbent party leader, Lulzim Basha, will be dismissed.

“The secret ballot began with the following question: Do you agree with the dismissal of Democratic Party Leader Mr. Lulzim Basha? For the first time, a secret ballot was used. Although the statute does not need a secret ballot, it was done to ensure that it was as democratic as possible. Delegates are electronically verified, and none of their membership cards can be fabricated. Any infraction can leave a trail. We are waiting for the results of the secret ballot. There will be a referendum to ratify the outcome.

However, will it result in a legal battle?

“5000 Albanians, members of the Democratic Party, delegates to the assembly, despite severe challenges, weather circumstances, and economic constraints, came today to vote.  This has never happened in an assembly. In a democracy, it is not simply the majority that chooses, but look at what the majority was today,” Gjata explained.

Sali Berisha launched serious charges against the government. Tirana, according to Berisha, has become the epicenter of the Cold War with Pristina. He promised to put an end to the “Open Balkans” initiative.

“The open Balkans are the Balkans under direct Russian influence, with anti-national and anti-European ambitions; it is the scheme that aims to replace the Berlin process with the Putin process.”

We promise to put a stop to it. As regards  the Open Balkans, I warn the new Slobodan not to come to Tirana,” Berisha stated.

Berisha also made accusations against the American ambassador, Yuri Kim, in his speech, accusing her of acting like the former Soviet ambassador to Tirana.

“At the height of corruption and Albania’s transition into a protectorate of organized crime, the envoy of such a great country offered entire lectures in favour of the government while attacking the opposition.

At a moment when justice should be proposed and traffickers should be punished, another trafficker is sent to the White House. This trafficker’s actions are described as a political procedure from the communist dictatorship’s era. Aren’t they the most blatant examples of double standards? Is this a product of the United States? No, these come from the Soros mafia.

Sali Berisha addressed the DP national assembly about the US State Department’s decision to declare him “non grata.” Berisha stated that there is no proof against him and requested that the decision be reconsidered.

He stated that he will work to restore the Democratic Party to power.

“I’ve been waiting for months and have yet to receive any information, documentation, or evidence. It does not exist for the simple reason that it does not exist. I urge US State Department officials to bring every fact and document they have to Paris, and I promise you that I make every decision for myself.

Shano: Berisha is no longer capable of leading the DP.

Regardless of the circumstances, a political force cannot be led by someone who has been deemed “non grata.” Berisha himself has filed a lawsuit in response to this. “However, the burden that has been placed on Mr. Berisha’s shoulders does not have to be transferred to Democratic Party members,” Shano stated in the A2 CNN studio.

He applauded the assembly’s efforts, complimenting the statutory reform limiting the party chairman’s authority and the implementation of primaries for the selection of MP candidates.

“Today’s Assembly, which drew 4935 delegates, represents a significant milestone in Albanian politics. When there are electoral confrontations, I hope their importance will be recognized. Someone has become a cause, it is true, but the delegates reason with their own minds.

The Democratic Party’s statute was likewise amended by the Assembly on December 11th. Oerd Bylykbashi proposed the innovations, which he claims sanction the safeguarding of conservative and Euro-Atlantic democratic ideals.

Bylykbashi asserted that the one-member-one-vote system extends to branches, and that the addition of primaries to the statute will strengthen the weight of the membership in relation to the chairperson.

The amendments restore the party’s ability to hold referendums on crucial issues while also legalizing factions.

The leader can now be removed from office if he or she loses an election. Changes have also been made to the symbols. The original logo is restored, and the stamp that Basha now has on the table is replaced.

The party leadership is temporarily entrusted to a temporary re-establishment panel.