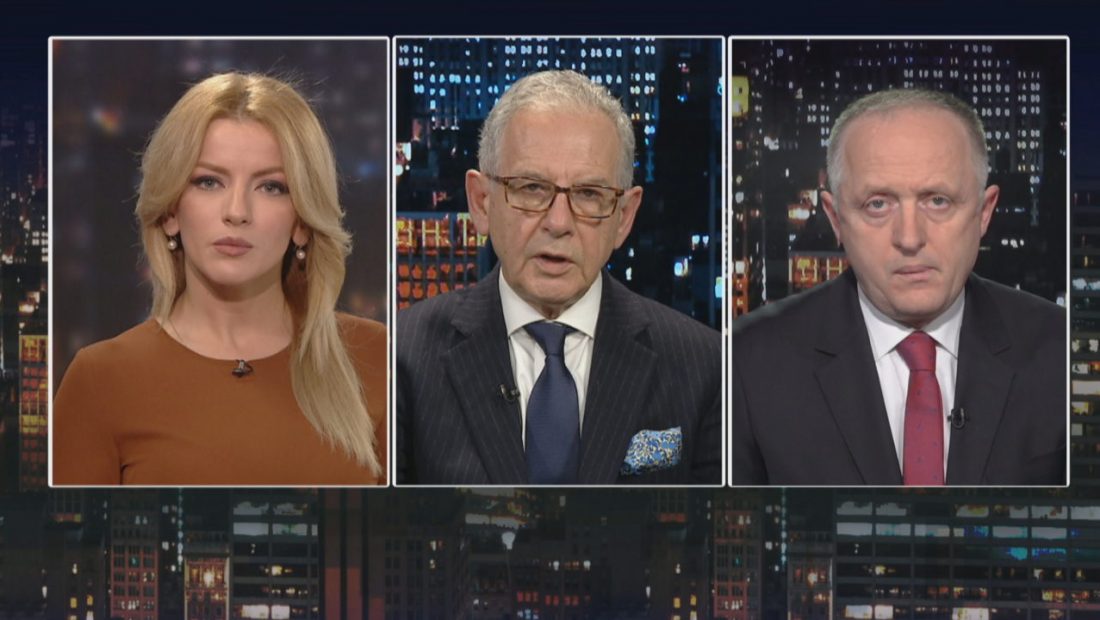 During his visit to Tirana today, the US envoy to the Western Balkans, Gabriel Escobar, reaffirmed Washington’s unwavering commitment to fighting corruption, including sanctions, but stressed that it should be bilateral and based on actual findings from Albanian institutions.

In an interview with A2 CNN’s Alba Alishani, diplomat Agim Nesho said the visit was part of Escobar’s Balkan agenda, with the key message being the fight against corruption.

” Considering his first interview, it was a visit with extremely clear messages. The key message was that corruption must be combated. In a troubled region like Albania’s, there should be caution, and this caution has been deemed to be directed toward fighting corruption against those who disrupt the state’s functioning, as well as those who participate in societal corruption in some form “, Nesho stated.

Escobar’s visit: It clearly shows that the US supports the incumbent DP leader

Orjola Pampuri, a member of the Democratic Party, was interviewed on A2’s Evening  show “Ditari” about the visit of Gabriel Escobar, a top US official in Tirana.

According to Pampur, the meeting between the US Deputy Assistant Secretary of State and the DP’s current leader demonstrated that the US supports the DP and its current leader, as seen by Escobar’s invitation to Basha to visit the US.

“This visit sent a powerful message to Albanian politics. The meeting with Mr. Basha was the first item on the agenda. What proves that the US backs the DP is that it backs the current leader, and secondly, respected institutions. The second point is that Escobar sent an invitation to Basha, which contradicts everything that has been said so far: This invitation demonstrated that he is supported by the United States and welcomed by the US State Department,” Pampuri said.

Escobar in Tirana, Dervishi: A clear support to Basha

According to analyst Lutfi Dervishi, Gabriel Escobar, the US envoy to the Western Balkans, has shown unequivocal support for Lulzim Basha in this internal race within the Democratic Party.

Dervishi reaches this conclusion because Basha was the first person the US envoy met.

“Escobar’s visit left behind some messages. It is important to know who attends meetings, who does not, and the meeting schedule. Because Mr. Basha was first on the list of meetings, this was a clear vote of confidence in him. Even the duration of the talk reveals something. The talk spanned a wide range of topics, not just DP developments “.

Prime Minister Edi Rama has informed on his meeting with Gabriel Escobar, the US Deputy Assistant Secretary of State.

According to Rama, with the American official he discussed the two countries’ partnership as well as the “Open Balkans” program, which has the support of the Biden administration, according to the head of government.

“It is a pleasure to welcome Gabriel Escobar, the Deputy Assistant Secretary of State and Special Envoy for the Western Balkans, to a very friendly meeting, where we discussed the excellent partnership between Albania and the United States, Albania’s important role in the region, the necessary dialogue between “Kosovo and Serbia, and the Open Balkans, as a transformative initiative for the future of the region, which the Biden administration strongly supports,”  Rama writes.

Rroji: “Berisha is openly against the US, now it’s Meta’s turn, and Rama isn’t far behind.”

Grid Rroji is an international relations professor in the United States “. In “Debate” with Alba Alishani on A2 CNN, he commented on the visit of the US envoy for the Western Balkans, Gabriel Escobar to Tirana.

Rroji stated that no party was left out of Escobar’s speech, and that Berisha will be joined by Meta in the fight against the United States, while Rama is not far away.

“Escobar’s visit aims to strengthen the United States’ position in the strategically important region. American interests, in my opinion, have something to do with corruption in general. Without a doubt, the entire Tirana elite is corrupt. The message is clear: the US is serious about fighting corruption.

“Meeting with the Base”, Berisha’s tour against Basha, which has unleashed wild anti-Americanism, has received a clear warning, and other players such as Ilir Meta are likely to follow suit soon. The message is particularly strong for Prime Minister Rama because Tirana’s leadership game has doubled in the last two years. for America is proclaimed in words, while another path is followed through acts, with two or three eastern powers.

Meta, on the other hand, was holding the Albanian flag in one hand and the US one in the other, while the next day he appealed to the younger people to take the country’s fate in their hands.