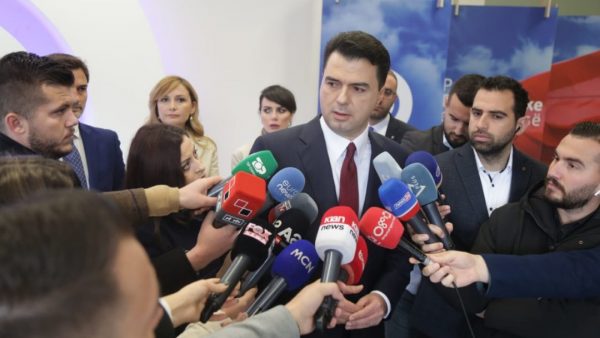 Lulzim Basha, the Democratic Party’s leader, stated that the US special envoy for the Western Balkans will offer details on the State Department’s rulings on “non grata” individuals.

Basha said when asked by A2 CNN journalist Arestina Sknderi if Escobar had brought information against Sali Berisha that he could give to the court: “When it came to decisions made by the State Department, Non-Grata was a part of the conversation. I am optimistic that you will be able to hear Mr. Escobar’s perspective on the State Department’s position.”

Escobar’s invitation to visit Washington was accepted enthusiastically by the DP leader. “It’s a recurring invitation, and I eagerly accept it. I intend to travel to Washington.”

Basha stated that he discussed the battle against corruption with the US official, which is already classified as a US national interest. “However, Albania’s national interest is much more important. It’s what the DP has spent the last eight years fighting for. We talked about everything that was going on in Albanian politics at the time. Certainly on regional matters, particularly Kosovo. I made my view on Kosovo’s territorial integrity inviolability known to the DP. We addressed the development of changes, with the DP’s suggested measures, such as political vetting and penalty, remaining the most important “, Basha stated.