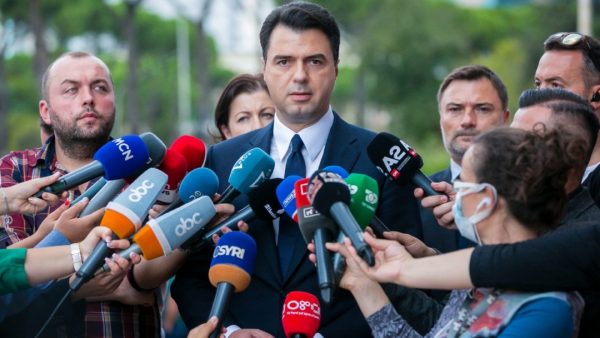 Lulzim Basha, the Democratic Party’s leader, said on Twitter that “in addition to vetting in politics, the DP will propose amending the Criminal Code, in accordance with the Italian one, toughening the consequences for anyone who commits electoral crimes.”

“Anyone who makes the promise of winning votes from elements of organized crime in exchange for money or other favors will be condemned to 15 years in prison, whether this promise is made directly or through intermediaries.  The same punishment is imposed on members of organized crime who make such pledges, as well as anyone else implicated. A politician who is part in such a plot is condemned to 22 years in prison if he is elected. Politicians and everyone complicit in such acts will be forever barred from holding public office,” Basha writes on Facebook.