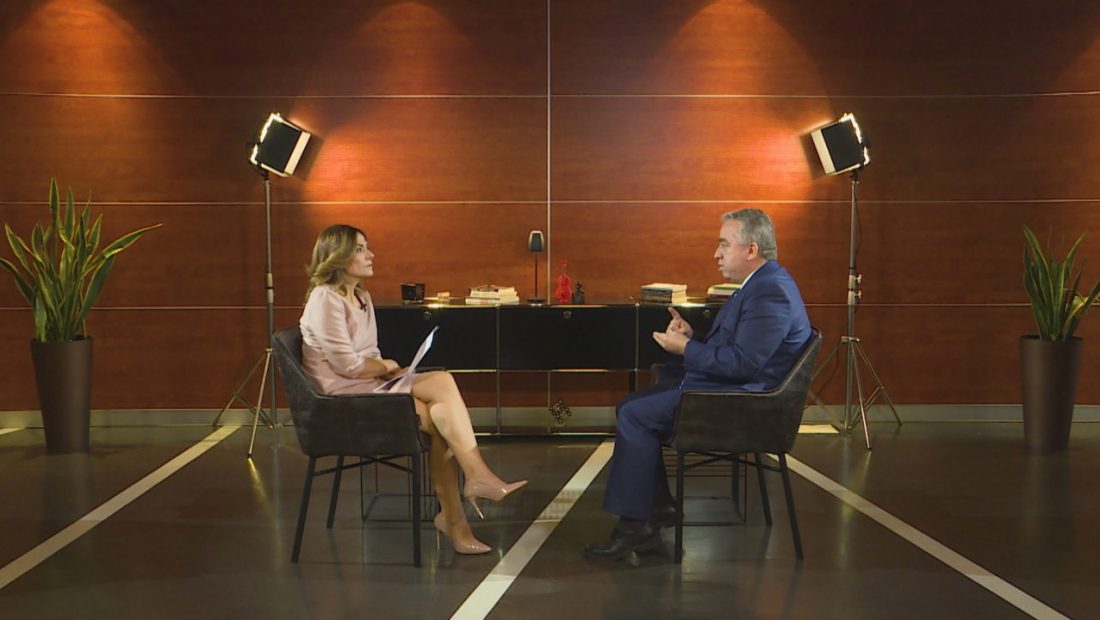 Researcher Afrim Krasniqi, in “Interview” with Merita Haklaj, explained why Albania has not yet determined the exact date of the country’s liberation.

While the Socialists continue to celebrate both November 28th and the 29th, the former for the independence from the Ottomans (1912) and the latter for the liberation of the country from Nazi occupation (1944), as celebrated by the Communist regime, the right-wing parties insist that November 28th is the only liberation day.

According to Krasniqi, the documents are all accessible, but there are 2 explanations why they cannot come out with a final date.

“All historical documents can be accessible. Each party possesses the documents; it is up to them to decide how they will interpret them. The issue is more fundamental: holidays have other values; they are designed to bring societies together. Once citizens agree on holiday dates, it ceases to be a holiday. It is a party celebration with a political overtone,” Krasniqi explained.

This occurred for a purpose. Today’s elites are descendants of the Chinese Revolution’s elites from the 1960s and 1970s when the party came first, then the homeland or the family. This mentality makes adaptation to new reality impossible. The second is the electoral component. Albania has around 100,000 voters who are inextricably linked to their ancestors’ memories. This is not the historians’ fault. Politicians use historians as an alibi to defend their actions. It was not historians who sowed differences in Albania, but politicians,” academic Afrim Krasniqi noted.

According to him, “it is impossible to reach an agreement on a date as long as a statement about the dictator becomes the primary political matter.”

“Our international partners estimate that Albania will require as much time to recover as it stayed sick. Our country has been sick for 45 years; it will take 45 years for a more cultured generation to accept the concept of the other,” Krasniqi emphasized.

He stated that Albania’s primary issue is a lack of faith in its institutions.

By contrasting today’s elite with that of Independence, Krasniqi emphasized that “we have degraded the figure of those who deal with writings and publications and have increased our appreciation for what ensures the relationship between power and the individual.”

“Who built independence? It was founded by Albania’s wealthy, religious and intellectual elite. Where have these three categories gone in the modern era? We have constructed a higher class that bears no relation to nobility, public obligation, or even patriotism. We have weakened institutions of trust. We have increased the number of political party supporters. We have ridiculed and denigrated people who work in the field of book authoring and publishing. They regard the library as a site of internment, not as an honor. This is the Albanian way of life. To the population, a police officer, a customs officer, a neighborhood strongman, a clientelist who maintains the link between authority and the individual, and someone who distributes public and labor tenders are more essential. than those who work on books and publications  This is the primary issue.”

However, international partners are partly to blame for Krasniqi.

“It is not only us who fall short. Albania’s international project has likewise failed. It necessitates stability, the absence of setbacks, and consistent advancement.”

According to him, Albanian prime ministers are successful in managing poverty. However, he adds that if the citizens are free of politics, if the workplace is free of politics, then the day of democracy will arrive.

“There are areas in Tirana where the liberal concept prevails, and they are more economically and politically autonomous. When the citizen gains independence from politics, as well as in the workplace, financial control, the day of democracy will come. They will speak out for their rights. Albanian prime ministers are excellent at managing poverty, but not development. And poverty breeds submissive individuals. One side survives economically, while the other waits for their party to gain power in order to survive. Under these conditions, high-level democracy is impossible to produce.”