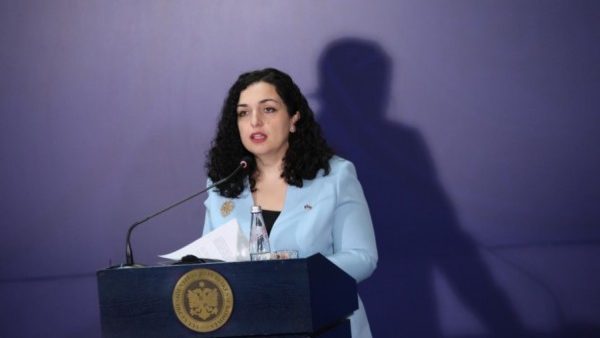 Vjosa Osmani, the President of Kosovo, has once again urged the European Union to respond to Serbia’s destabilizing rhetoric in the Western Balkans.

Osmani stated at a press conference with her Slovenian counterpart Pahor that the Serbian side is demonstrating that it is not interested in establishing a mutual recognition deal.

“Despite the fact that Kosovo has been a productive participant in the discussion process, Serbia is not interested in reaching an agreement with Kosovo.  Our northern neighbor does not want a peaceful Balkans, so mutual recognition must be at the forefront of this process. The EU must respond to the harsh language,” Osmani remarked.

Furthermore, Kosovo’s President asked the EU not to waste time on the visa liberalization process.