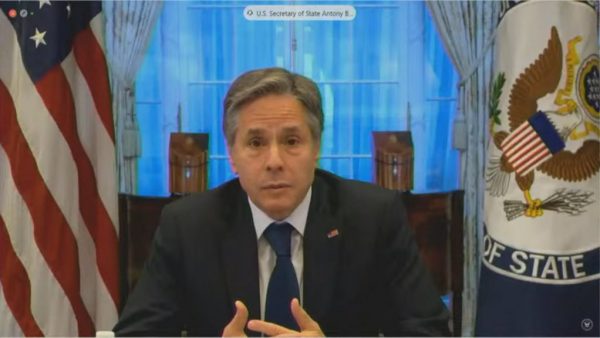 On the 109th anniversary of the declaration of independence, US Secretary of State Anthony Blinken congratulated Albanians. In his letter, Blinken stresses our country’s long-standing friendship, which stretches back over a century, when President Woodrow Wilson strongly supported Albania’s independence at the 1919 Paris Peace Conference.

“On behalf of the United States of America, I congratulate the people of Albania as you celebrate your 109th Independence Day.  Our deep and enduring friendship dates back more than a century to when President Woodrow Wilson emphatically defended Albania’s independence at the 1919 Paris Peace Conference.”

He praised Albania for welcoming Afghans this year, just as it embraced Jews during World War II.

“Since that time, Albanians have demonstrated great strength and resilience by casting off the oppression of a communist dictatorship and building a democracy committed to tolerance, human rights, and European integration.  Albania demonstrated that spirit again this year by opening its doors to Afghans in need, and they continue to provide safe harbor as they did for thousands of Jews during World War II and other groups fleeing persecution over recent decades.”

“In 2021, we marked 30 years of restored diplomatic relations, reflecting on all that Americans and Albanians have accomplished together since 1991.  Today, we are Allies within NATO and next year we will serve together on the UN Security Council. The United States is committed to supporting Albania’s democratic institutions, justice and economic reforms, and future in the European Union. We look forward to deepening our friendship even further, and we remain proud to call Albania a friend, partner, and Ally.”