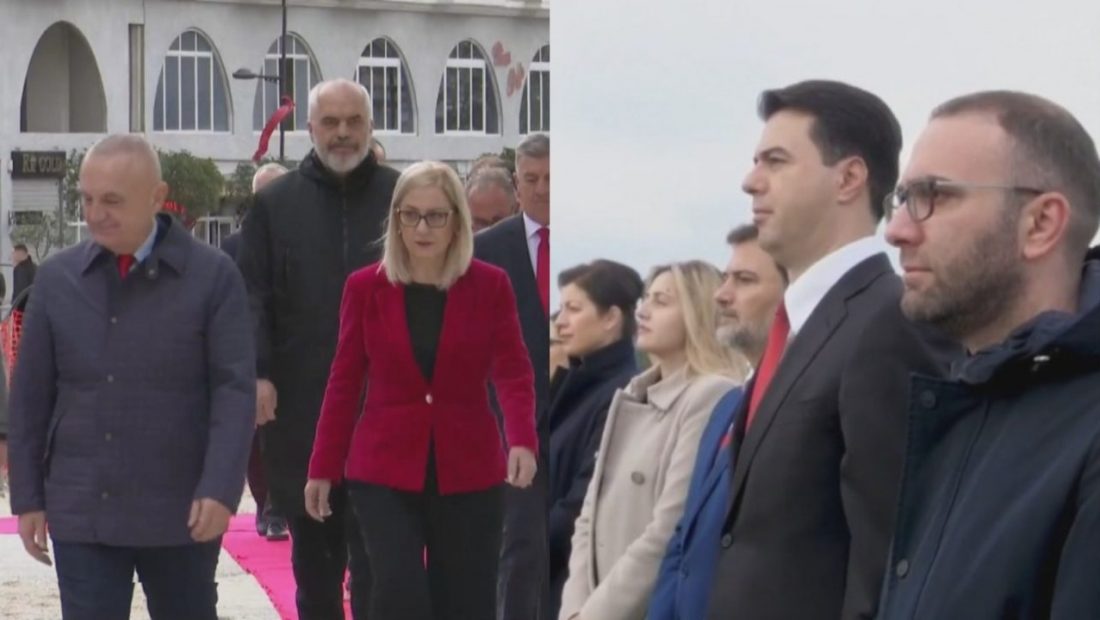 The homage and flag-raising ceremony took place in the old town square, which is now undergoing renovations. Even this commemorative day hasn’t been enough to put a stop to political resentment. Meta and Rama kept their distance from each other throughout the memorial ceremony, and it wasn’t because of the pandemic.

The mayor of Vlora appeared to be even further distant from Prime Minister Edi Rama.

There was no greeting or dialogue between them even as they were leaving. The message of reflection and unity was delivered by the Head of State only after he had left.

The Democrats are likewise split on the 109th anniversary of the Declaration of Independence. They commemorated the country’s liberation today from Tirana’s Martyrs’ Cemetery.

Other cities across the country have held ceremonies and festivities to commemorate the 109th anniversary of the country’s independence.

Vjosa Osmani, the President of Kosovo, paid respect to the memorial complex “Adem Jashari,” together with Prime Minister Albin Kurti and other members of the governing cabinet.

They emphasized that Flag Day and the public appearance of the Kosovo Liberation Army are important days for Albanian national identity.

National heroes such as Ismail Qemali, Isa Boletini, Adem Jashari, and Zahir Pajaziti were honored with national wreaths, and Osmani and Kurti stated that they will continue to fight for the independence and welfare of residents, following the path of their predecessors.