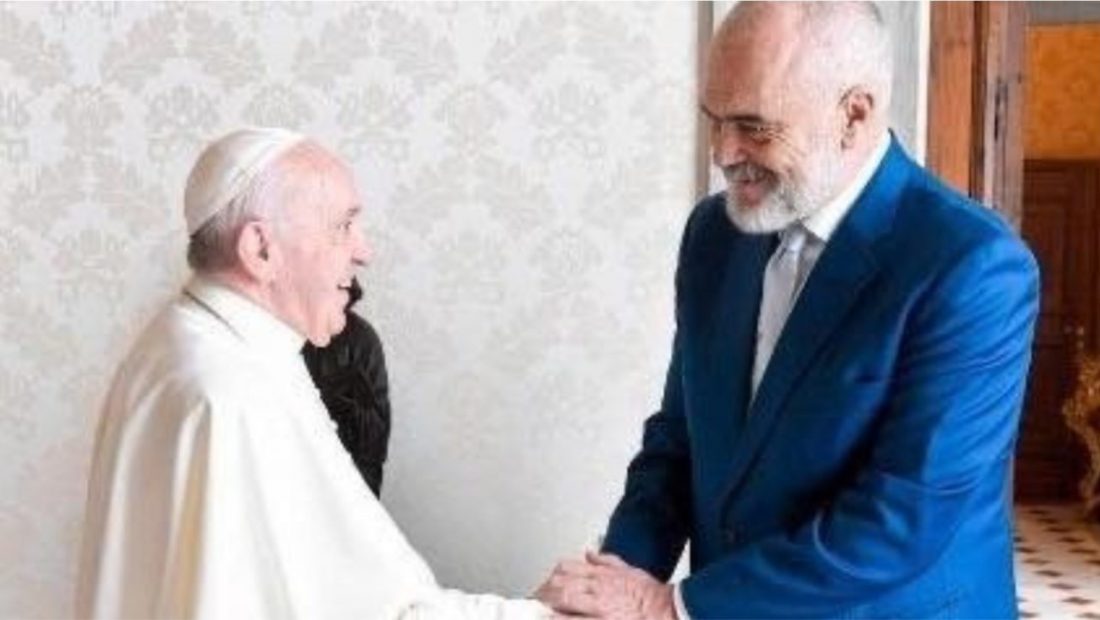 Prime Minister Edi Rama revealed details about his meeting with Pope Francis in the Vatican on the 30th anniversary of the restoration of diplomatic relations.

According to the head of government, the Holy Father spoke fondly of Albanians and their role as a force for peace in the region.

Rama declared that he spoke with Pope Francis about establishing a new pilgrimage destination in honor of Saint Mother Teresa.

“Pope Francis speaks fondly of Albania and Albanians, recalls his first visit outside the Vatican to Albania, and expresses gratitude for Albania’s role as a peacemaker in the area, but also as a country and a model people. From the time of the Jews’ salvation to the present day with its hospitality for Afghan refugees, the Holy See extends its blessings to all Albanians, also welcoming the latest cooperation between the Holy See and the Albanian Government for the establishment of a pilgrimage destination in Tirana with a monument and temple dedicated to the Albanian Saint, Mother Teresa “, the Prime Minister writes.