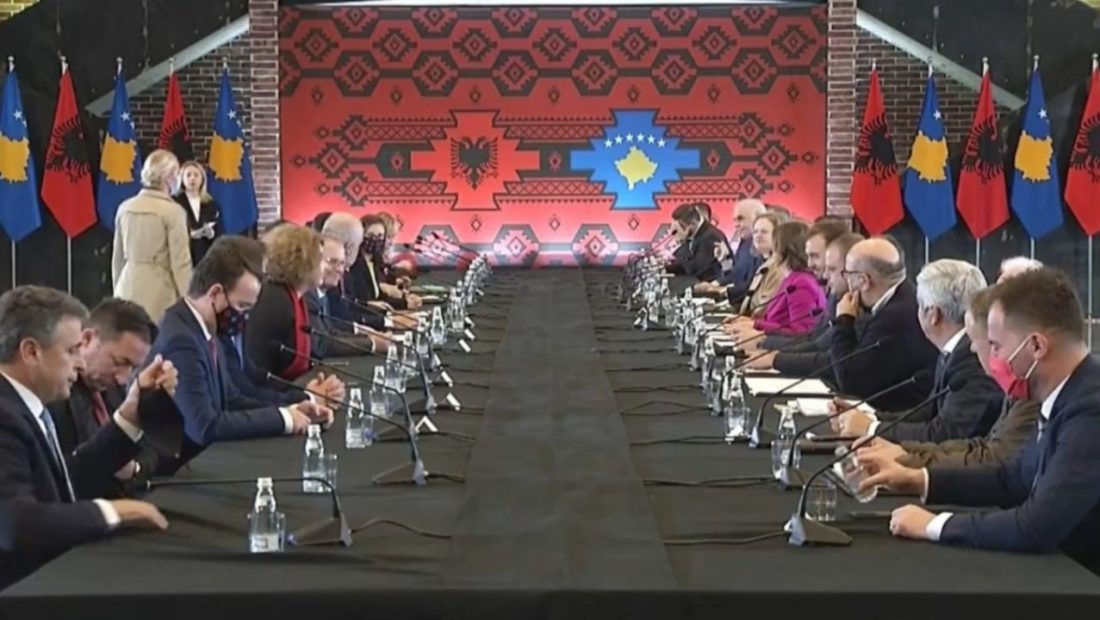 Border controls will be removed between Albania and Kosovo, and cameras will be installed at crossing locations to replace them. The announcement was made at a joint meeting of the two governments in Elbasan, where the agreement on residency permits was one of the agreements reached.

While the Foreign Ministers had agreed to establish a five-year residency and work permit rights for Kosovo citizens in Albania and vice versa with a simple application, Rama reacted and said that the term should be undetermined rather than five years.

The 15 agreements announced today are added to the 150 agreements made in the previous six similar meetings in the past. Albin Kurti emphasized the need of putting these agreements into action as the best way to deepen bilateral cooperation.

In the same line, Prime Minister Rama announced the creation of a joint secretariat to oversee the implementation of the agreements.

Both administrations have been working hard to ensure the fulfillment of agreements reached in recent years, according to Rama: “Joint acts with our customs administrations decrease the cost for Kosovo firms that transit via Albania. I believe that the trade facilitation agreement will make the entire customs process easier for products.”

Meanwhile, Prime Minister Albin Kurti stressed the importance of removing all hurdles and increasing support for innovation: “Now is the moment for the two countries to step up their efforts and make firm commitments to eliminate all obstacles and tariffs. It is critical to allow workers to move freely. We have promised to remove any obstacles in the way of Albanian employees.”

The prime ministers of the two Albanian governments in the Balkans reaffirmed their disagreements over the “Open Balkan” initiative but were careful to not make any public statements.

“Albania’s view regarding Kosovo and Serbia is known, I declared it even in the midst of Belgrade,” the PM of the Albanian government declared. ” We have different perspectives on the “Open Balkans,” but we must accept that we will not always agree on everything. This should not deter us from working together to make our countries’ futures brighter. An open Balkans is not a barrier to us deepening our ties.”

“Today’s meeting confirmed that Kosovo and Albania can plan and reach an agreement without discussing Kosovo’s northern neighbor,” said Kosovo Prime Minister Albin Kurti, who seemed to be on the same line with Rama as regards cooperation without agreeing on the Open Balkans.

Journalists from Kosovo mocked the idea of holding a vote on the two countries’ merger. In a hypothetical referendum on the union of Albania and Kosovo, Prime Minister Rama indicated he would vote “pro.”

This was the 7th joint meeting of the two governments, which began in Prizren in 2014. Edi Rama has always represented Albania so far, while Albin Kurti represents Kosovo for the first time as Prime Minister.