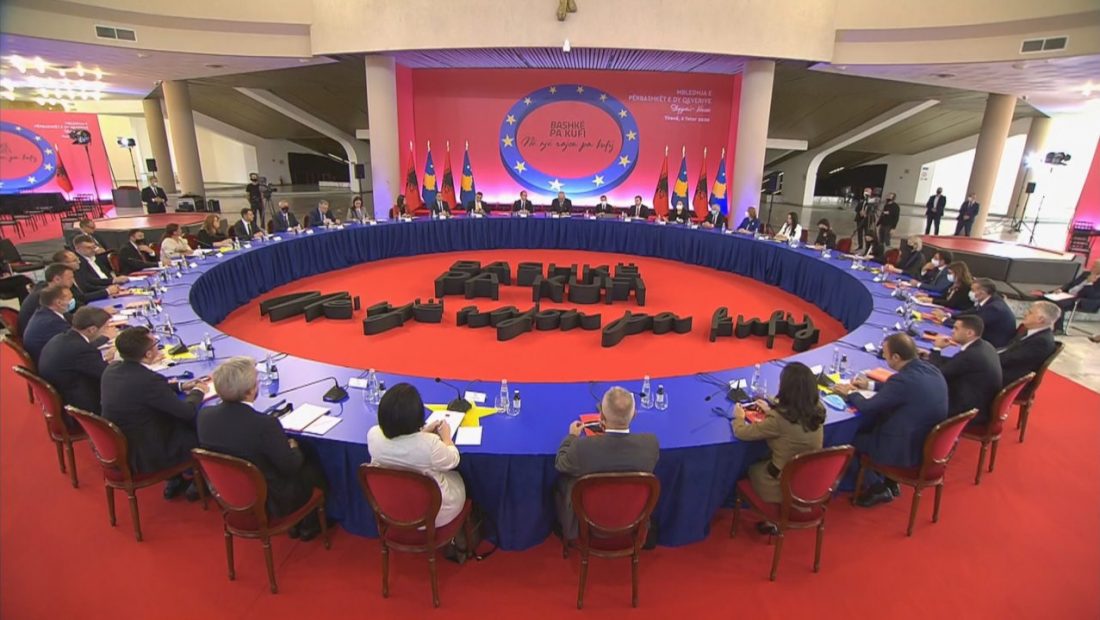 This year’s joint meeting of governments between Albania and Kosovo will be the 8th official meeting between the two governments.

“I am here, along with the Albanian delegation, to confirm the entire intention and express the greatest wish that our two governments’ relations be the expression of the need to unite these two countries more and more strongly.  I am confident that the bureaucracy will not be able to impede us as it has traditionally done,” Rama stated.

While the parties have failed to implement many of the signed agreements, the will has not been missing throughout the 7-year history of such meetings. The two prime ministers decided to create a coordinating secretariat to accomplish this.

“Six joint meetings of the two administrations have been held since 2014, with 150 agreements, memorandums, and protocols signed. We agreed to establish a coordinating secretariat for our bilateral relations, which will be led by Gentian Sala, who holds two passports, one from the Republic of Albania and the other from Kosovo,” Kurti explained.

However, there is a fragile relationship between the two prime ministers that lies behind the efforts for cooperation between the two governments. Albin Kurti’s backing for the Self-Determination Movement during Albania’s election campaign has cooled the bilateral relationship even more.

Even in terms of the Open Balkans plan, Rama and Kurti continue to go to opposing ends, with Kosovo’s Prime Minister intensifying his language against it just days before the joint summit.

Kurti’s visit to Elbasan comes at a bad time for him, as the Self-Determination movement suffered a huge defeat in Kosovo’s local elections, winning only four municipalities at the national level.