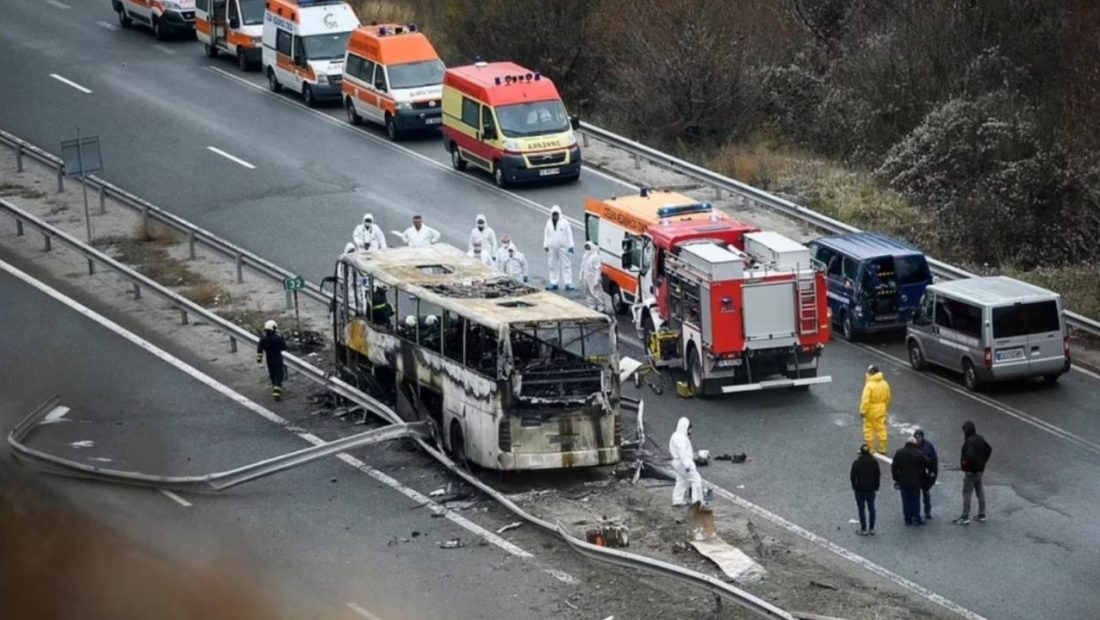 A bus collided and caught fire on a highway in western Bulgaria, killing at least 45 people, including 12 Albanian children from northern Macedonia. The incident occurred today around 02:00 am on a route 40 kilometers south of Sofia, according to local officials.

According to Nikolay Nikolov, the head of the country’s disaster control department, “45 or 46 people died” in the accident, while 7 passengers were rescued and taken to a hospital in the capital.

Almost all of the passengers, according to Bulgaria’s National Police Chief Stanimir Stanev, were Albanians from northern Macedonia. “Preliminary evidence indicates that 52 persons were on board the bus, two of whom were Macedonians and 50 of them were Albanians,” he stated.

At this time, the reason of the accident has not been identified. The bus was seen on television burning in the middle of the highway due to a fire.

The car, which had come from Istanbul and was headed for Skopje, had 12 children in it, according to the BTV broadcaster.

“This is a catastrophe. We don’t know if all of the dead are from Northern Macedonia, but it’s likely because the bus was registered there “, said Northern Macedonia’s Prime Minister Zoran Zaev in an interview with Nova TV.