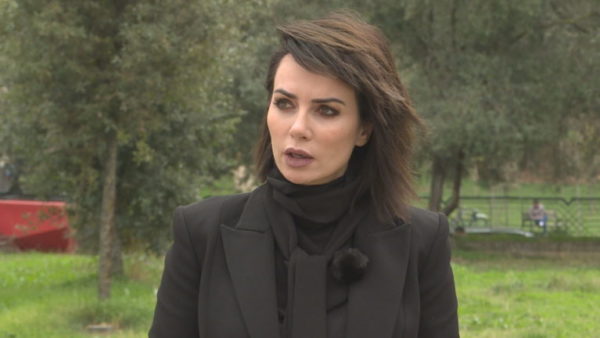 Grida Duma, the Democratic Party’s vice-leader, said in an interview with Alba Alishani on A2 CNN’s “Debate” that even Sali Berisha does not believe he can return to the office of prime minister.

“Sali Berisha does not believe he is capable of becoming the country’s prime minister. The goal is to show that this party is his,” Duma said. “I know his political ability, and should be praised for that, but he understands very well that this would not happen.”

“‘Meetings with the Base’, on the one hand has individuals who claim that the DP has some issues to settle, but do not state the core of the debate, which is for Sali Berisha to become the party’s leader and a contender for Prime Minister. ‘Meetings with the Base’ did not begin in this manner, but rather with a counter-determination to the United States’ decision. In the first meetings, Sali Berisha excluded himself as party chairman. Berisha’s position has shifted as a result of evolution of the debate” Duma added.

“There is only one Assembly,” Duma said regarding the Democratic Party’s National Assembly. ” Every event should be political, statutory, and democratic in order to benefit everyone. It will never be able to solve anything unless it has these three. I believe that calling the Assembly to convene on December 18 is the best answer and response to the issue. We could no longer pretend that the situation would resolve itself. Lulzim Basha’s summoning of the Assembly demonstrates responsibility, and I believe the 18th will break the stalemate. It has been suggested that I support Basha, but this is not the case. I even warned him at the last meeting that he should handle matters within the party in the name of party unity, which is false cohesion. I told him that December 18 should not be thought of as a date for deciding who leads the party, but rather as a day for genuine reflection.”