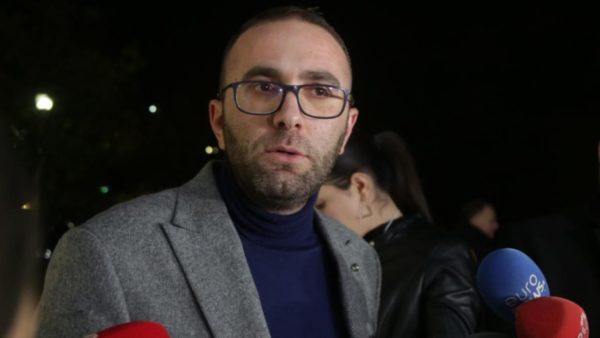 In a statement to the media, the Democratic Party’s General Secretary, Gazment Bardhi, detailed the meeting conducted today by the party’s leader, Lulzim Basha, with 71 heads of local branches.

“We had a long and fruitful conversation with the Democratic Party’s college of leaders, which is made up of 71 chairmen of local party branches. On December 18, at 11 a.m., at the Palace of Congresses, we are going to debate the formation of the Democratic Party’s National Assembly. I’d like to share with you the outstanding level of cooperation demonstrated by each of the local branch leaders. Of course, I want to be open with you and with the public through you. Except for the leaders of the five local branches, who expressed concern about the branches they lead – a total of 5 out of 71 local leaders – everyone else present at the meeting echoed the Party National Assembly’s message of unity that will be held on December 18, 2021”, Bardhi stated.