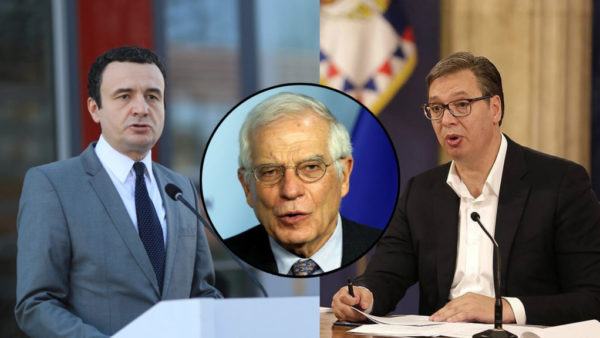 Josep Borrell, the European Union’s foreign policy leader, said on Monday that he has conveyed an invitation for a meeting with Kosovo Prime Minister Albin Kurti and Serbian President Aleksandar Vucic before the end of the year.

“By the end of the year, I expect to have another high-level meeting between Belgrade and Pristina,” Borrell said.

He noted that the foreign ministers expect Pristina and Belgrade to adhere to the commitments achieved during the negotiations and take additional efforts toward a complete solution.

On Tuesday, delegates from both sides are set to meet to discuss, among other things, the implementation of the agreement on the use of car license plates, which caused high tensions in early October due to disagreements.

The situation in Bosnia was also discussed at the foreign ministers’ meeting, but not the topic of resuming talks with Albania and northern Macedonia. Borrel, on the other hand, expressed optimism that this may happen by the end of the year.