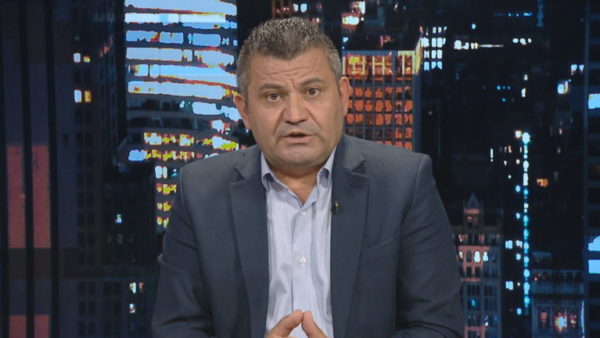 In order to keep residents content and not demanding more, analyst Mentor Kikia said on A2 CNN’s “Debate” with Alba Alishani that the government creates fear to keep them satisfied and not want more.

“Public communication is today’s most significant tool, if not the most crucial ministry of governments, not only in Albania. When we talk about communication, we usually think of the beautiful selling of a product or the government’s achievement, but communication is much more than that. A warning, a project, or an idea is given in advance for three reasons. The first is societal impulse testing. How will it be received by the general public? This is already a technique that involves some form of public reaction testing. It’s not only that; false warning is becoming a standard operating procedure. The government is promoting a proposal that will not be implemented. This is about occurrences that would have a negative impact on communal life if they were enacted. This could be due to a rise in energy prices or mandatory immunization. The government warns that something horrible will happen in this situation, yet it does not. People in this town are under a lot of stress. Fear is purposefully induced so that citizens are relieved when the government declares that nothing will be done. So don’t ask for more than they already have, but be grateful that things aren’t becoming any worse. With people, this is a psychological game. If citizens are satisfied with the current level and are not warned that it could deteriorate, they will begin to want more. When citizens complain about high prices and the government suddenly warns that they could rise much higher, the citizens will answer, ‘Let them stay the same.’ “, Kikia declared.

Meanwhile, expert Alfred Lela believes that all of this is being done to soften the idea or to push it forward with full force.

“The method is ancient and imported. The British and Americans both utilized it in the early 1990s. This is one of the methods for carefully governing. You anticipate a concept and put it to the test to see if it works, whether there is noise, and what the reaction is. All of them are used to either soften the suggestion or to push it ahead with vigour. Rama follows suit. Chemical weapons are the most famous example, as is the toll payment for the Nation’s Road, which was also half, at least as a concession to the people of Kukës “.

On the talk show “Debate” with Alba Alishani, on A2 CNN, analyst Lutfi Dervishi discussed government policies and concerns about an energy crisis or rising costs. In a democracy, he claims, public opinion has a lot to do with what feeds public opinion.

Dervishi also mentioned diverting attention from serious issues, citing the case of the Serbian singer who performed in Korca during the summer and was extensively criticized.

“Not only is the electorate being tested, but also the narrative is being shifted. We spent three or four weeks with Goran Bregovic during the summer months, during a time when the country faced numerous challenges. These are just a few of the goal-setting shareware options available to you. While this may be of interest to the general public, it is not in the public interest.

If there is a significant issue, you come up with something more amazing and everyone will deal with it. The media’s job is to ascertain what is in the public interest. In some instances, the media is subsidized, which frequently serves as an extension of politicians rather than as a scanner “, Dervishi stated.