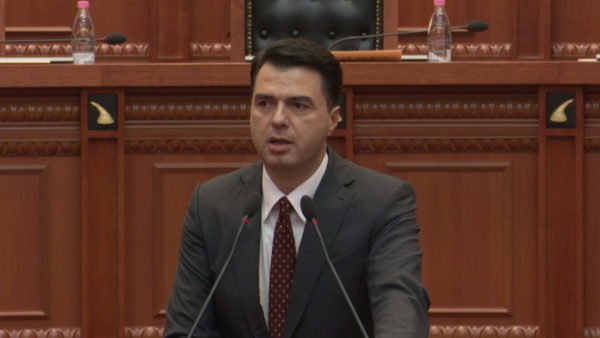 Lulzim Basha, the Democratic Party’s leader, spoke from the Albanian Parliament today, calling once more for the ratification of Vetting of Politicians.

During the debate on the code of conduct, Basha stated that the assembly’s immediate need is to rid itself of criminals and politicians with inappropriate connections.

“This Assembly is dealing with a problem that has persisted for some time but has now taken on global proportions. There are criminals here, members of organized crime whose files are held by the FBI, DEA, State Police, and Europol. Puppets used by criminal organizations, namely structured criminal groups, are also present here. Here’s someone who hasn’t had a thorn in their feet in 8 years because of their low-key attitude toward women. In politics, you must do vetting and clear the hall of criminals and politicians with questionable connections. Until then, toilet paper is more acceptable than this code of behavior that is now in effect. Rama should not come here with what he has stated,” Basha said.