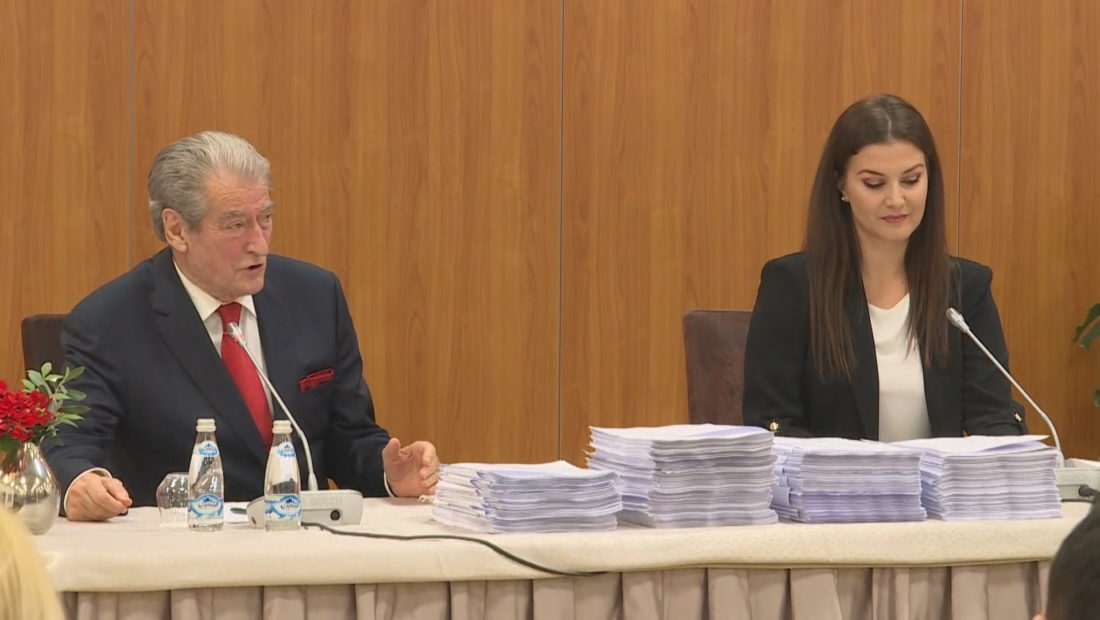 Former Prime Minister Sali Berisha said he would return as Prime Minister at a press conference on Wednesday evening, with 4,200 signatures on the table from DP supporters who want to call the Democratic Party National Assembly.

He stated that Floriana Garo will serve as the initiative’s director of communication, which he hailed as “historic.”

“For more than a month, at a pivotal moment in the history of pluralism, a movement of MPs, central and local Democratic Party leaders came to life, with the primary goal of reviving the Democratic Party and transforming it into a massive opposition force with a mission: the dismantling of the narco-state and the return of Albania to the path of democracy.  This approach requires, first and foremost, the transformation of Albania’s Democratic Party into a conservative values-based force,” Berisha remarked.

Berisha went on to say that the signatures would be sent to the Democratic Party’s National Council.

“The discussion with the base is the spirit of a people full of pessimism.  Despite this, the National Assembly delegates overwhelmingly signed the petition to assemble the Assembly on the day of the DP’s establishment, which will provide Albania with the most enormous opposition it has ever faced. We’ve brought 4200 signatures of 4200 DP assembly delegates here out of respect for the public. As you can see, we have a majority, not only of the PD but also, de facto, of Albanians who are free. The representative group of signatories has agreed to deposit these historical forms of re-establishing political plurality in Albania at the Democratic Party’s headquarters, specifically with Edi Paloka, chairman of the Democratic Party’s national council. “In the PD forums, for the drama of this party, the only institution ascertained after the assembly is the National Council”, said Berisha.