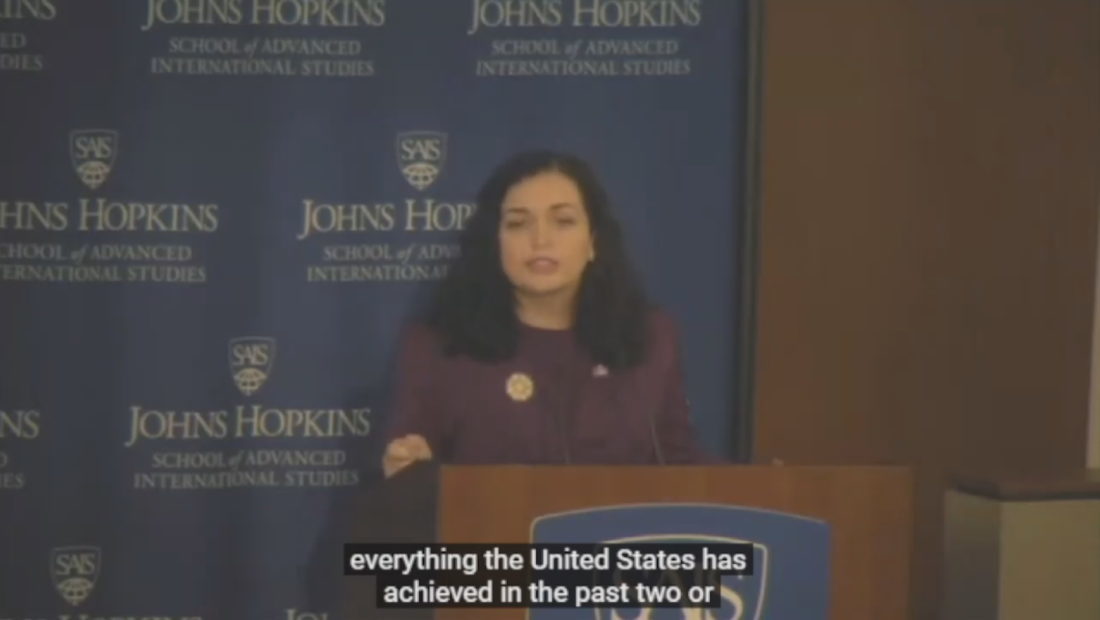 Russia seeks to undermine what the Americans have accomplished in terms of democracy and stability in the Western Balkans. This was stated by Kosovo President Vjosa Osmani during a discussion at Johns Hopkins University titled “The Future of Kosovo in a Difficult Region.”

“Kosovo is located in a very difficult region where Russia has specific interests, and those interests include not only destabilizing Kosovo, but also the Western Balkans, which is a region where they want to undo everything that the United States has accomplished in the last two-to-three decades in terms of sustainability and democracy.”

“Russia has discovered a springboard for its influence,” she stated, “and that springboard is the Serbian government, which continues to destabilize Kosovo, Montenegro, and Bosnia and Herzegovina.”

While criticizing the Serbian regime for adopting Slobodan Milosevic’s attitude, the president emphasized that the Association of Serb-majority Municipalities, which Belgrade demands, would be “a forerunner to the establishment of a ‘Republika Srpska’ in Kosovo,” citing Bosnia as a “useful lesson.”

Serbia, she claims, is uninterested in concluding a legally binding agreement with Kosovo, which would effectively be mutual recognition.

Serbia, Osmani continued, is exploiting the discussion by encouraging countries outside the Balkans not to accept Kosovo’s sovereignty since “its status is still being contested.”