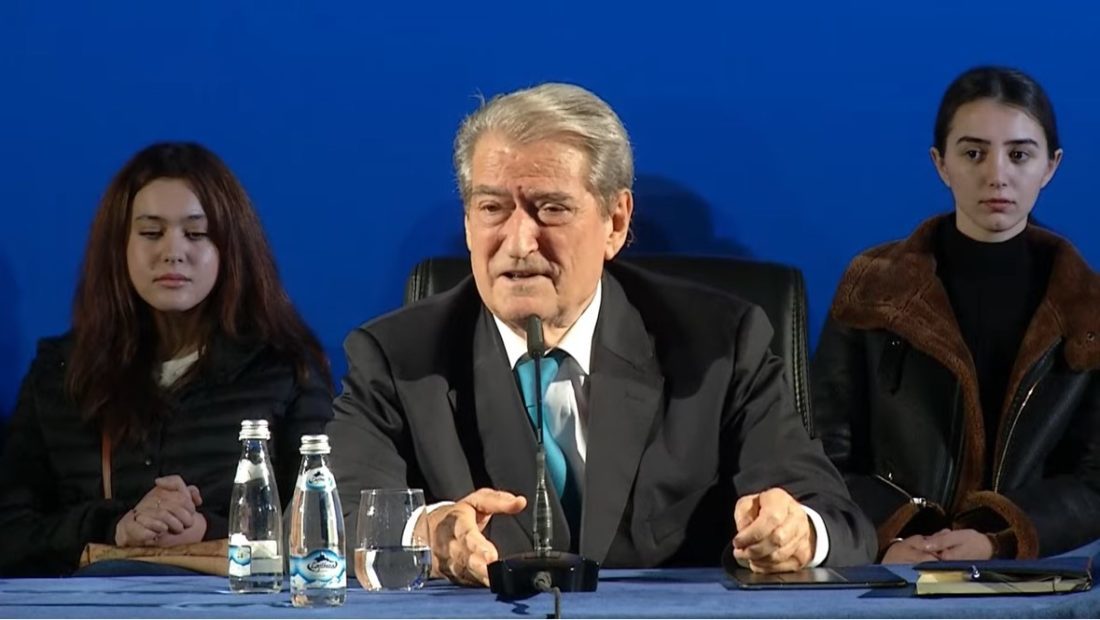 Kokalari accused Basha of comparing himself with Trump in 2017 and portraying yesterday’s meeting with congressmen as proof of American backing.

She stated that the congressmen had come to discuss the issue of Afghan immigrants. Additionally, she stated that she cannot wait for Sali Berisha to become Prime Minister and proclaim George Soros to be “non grata.”

“On December 11, Sali Berisha will become the Democratic Party’s new chairman, and today I want to express my desire to see him as Albania’s Prime Minister. And Berisha’s first priority should be to declare George Soros and his son “non grata.” Kosovo should follow. Soros maintains five offices in the Balkans. Berisha is one of the rare individuals that speaks candidly. Soros declared Mr. Berisha “non grata” the minute he gained control of the US State Department.

“Lulzim Basha continues to profit from the situation. As was the case yesterday, when some American congressmen visited Albania to discuss the vetting of Afghan refugees before to their arrival in the United States. This delegation met with the Prime Minister and, although I’m not sure if they met with Meta, they did meet with Basha. However, Lulzim Basha issued a statement in which he asserts that he has the support of the Americans. Thus, it is evident that I highlighted the issue when he used the photo with Donald Trump in 2017 for a fee of $500,000. Yesterday, he did the same thing. They are unaware of who Lulzim Basha is,” Kokalari stated.

Berisha: Rama elevated debt to 100%, the economy is on the verge of crumbling like a pyramid

Sali Berisha, the former Prime Minister, has again criticized the head of the government, Edi Rama, from Pogradec over the debt he chose to take on via the Eurobond.

According to Berisha, Rama took the debt to 62 percent and has already increased it to nearly 100 percent, putting the country’s economy at risk of collapse.

“There has been corruption in the past, but nothing on the scale of today. There is no country on Earth that is free of corruption. Conservatives fight corruption with two weapons: small government and transparency. Both the number of salaried staff and the number of agencies have doubled. Tenders conducted in secret have surged 15fold. They are nothing more than thieves. This narco-government inked billion-dollar contracts for incinerators during the pandemic. Albania’s government mafia has been leading the waste management business. I’ve only recently learned about the secret museum. This museum will cost six million euros. They were to be divided between the Medusa’s head and Xhacka’s godfather. The first law of Rama is theft. In eight years, Rama has grown the debt to nearly 100%, and the economy is on the verge of crumbling like a pyramid,” Berisha stated.

Berisha: Basha never showed any merit to lead the DP

Sali Berisha accused the Democratic Party’s leader, Lulzim Basha, of is no longer being himself and continuing to carry out commands like a captive. Basha, he claims, remains locked in the office and has withdrawn from the party leadership.

Berisha further stated that Basha has never deserved being a Democratic Party leader.

“The chairman without a party has decided to end the relationship with you. He only interacts with the walls. He ignores all laws and statutes. He conducts himself as though he were educated in North Korea. Instead of resigning after kicking the forums and seceding from the membership, he continues to carry out commands like a hostage. Since 2017 when I requested his resignation, I felt compelled to safeguard the Democratic Party from a man who never deserved to govern,” Sali Berisha remarked.

Sali Berisha declared from Pogradec that over 4200 signatures of Democratic delegates will be sent to the PD headquarters tomorrow, demanding that the National Assembly convene on December 11.

Additionally, the former prime minister asked the leader of the government, Edi Rama, to a public discussion to count all the faults he committed during his eight years in office before deposing him.