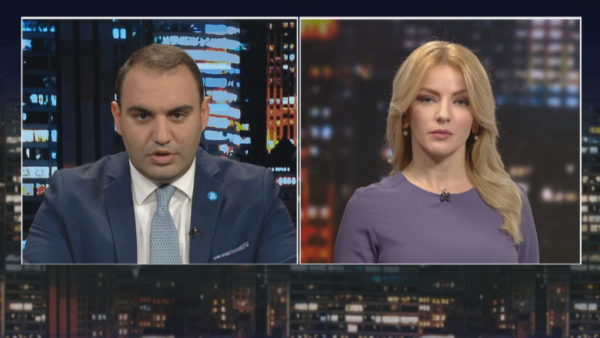 Belind Këlliçi, who was rumored to be joining Berisha’s “Discussion with the base,” while Basha quickly launched the race for the Democratic Party Youth Forum, was on A2 CNN “Debate” with Alba Alishani, where he commented on the recent developments.

Këlliçi stated that he will resign as chairman of the Youth Forum, underlining that Basha violated of the statute.

“There is a rationale for this decision. It was the same Youth Forum, the same young people who campaigned in Albania’s major cities. The news of my participation in Berisha’s meetings had been circulating since day one; it was a personal decision made in consultation with foreign partners; it came as no surprise. I am not opposed to elections or the delayed reformation of the Youth Forum, but here we are attempting to shift attention away from the DP’s major problem. The DP is causing unneeded disruption.

I tendered my resignation to Basha in office a month and a half ago. In some manner, my resignation has been rejected. Today, I am declaring that my cycle, my mission in the Youth Forum, has been concluded. I am not a member of the FRPD. Their announcement is contrary to statute. There is no provision in the statute authorizing the mayor to open the competition in a partner organization,” Këlliçi stated.

Additionally, Këlliçi announced that he will step down as the Youth Forum’s leader. “Within a few days, you will understand how I make decisions,” he stated.