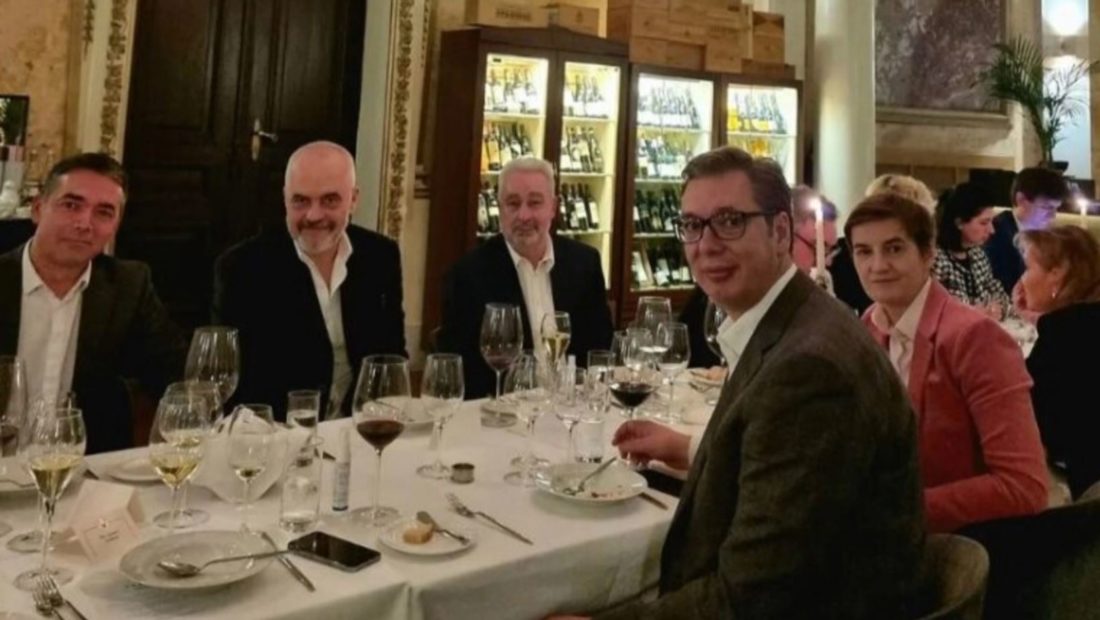 The next meeting between Serbian President Aleksandar Vucic and Albanian Prime Minister Edi Rama is scheduled for today in Belgrade as part of the new “Open Balkan” project.

The meeting was meant to be attended by Northern Macedonia’s chief executive, Zoran Zaev, but he resigned last Sunday due to the loss of local elections, and Nikola Dimitrov will take his place.

Balkan leaders are likely to refocus their efforts on implementing the European Union’s four fundamental freedoms in order to further improve regional cooperation.

An informal dinner preceded the meeting. “It was a fantastic evening spent with friends from the region. Ana Brnabic and I served outstanding Serbian wines to our visitors, daring to compare them to extremely nice French wines. Vucic stated on social media, “Our friendship is a friendship for the future of the entire region.”

The dinner was also attended by Montenegrin Prime Minister Krivokapic, who expressed support for any regional initiative via social media, leaving open the possibility of joining the “Open Balkans.”

What stood out in the evening was the honor paid to Prime Minister Rama following several minor incidents earlier in the day, during which the road to Belgrade airport was decorated with red and black flags.