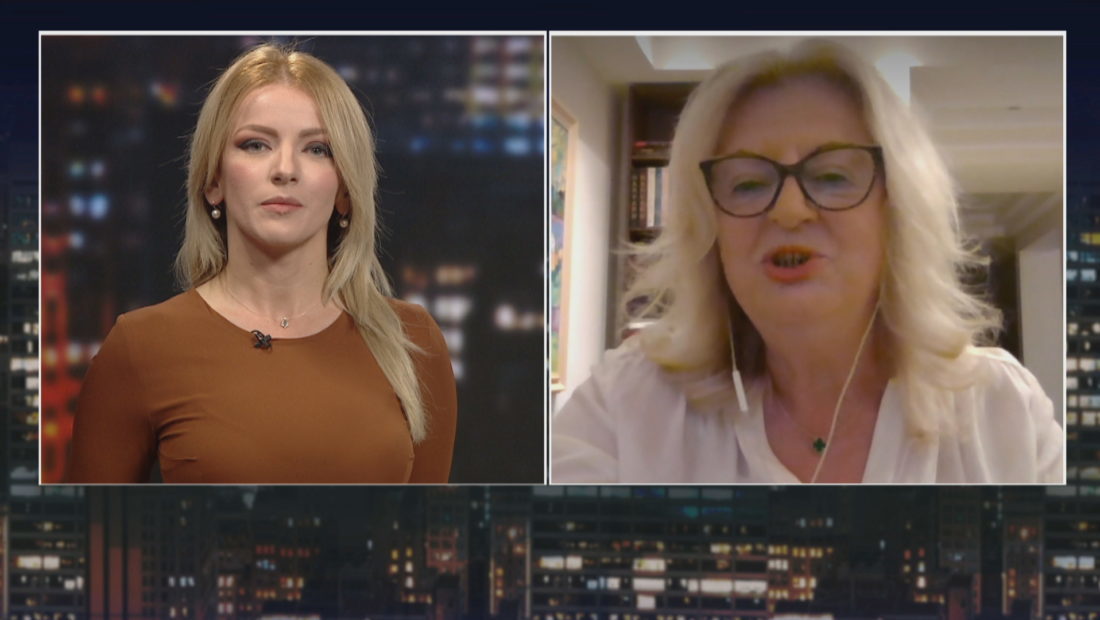 Edita Tahiri, the former Kosovo Deputy Prime Minister, has accused Albanian Prime Minister Edi Rama of promoting the development of a Greater Serbia through the Open Balkans program. In the studio of A2 CNN’s “Debate” with Alba Alishani, she criticized the EU for failing to accelerate the integration of the Western Balkans’ six countries, while she sees the solution in the US, as Kosovo and Albania cannot afford pressures on their own. According to her, all Albanians must participate in strategic dialogues in order to avoid repeating the errors made by Albania in recent years.

According to Tahiri, the Balkans are open for Serbian hegemony with the assistance of Russia, which is also assisting Serbia in destabilizing Bosnia, where tensions are at an all-time high with the potential of conflict erupting.

“For two years, this program has progressed slowly and with much opposition. And today, nothing has changed except the Balkans’ ideals have been reinforced through new regional projects funded by the EU. I perceive the Open Balkans as an attempt to establish a Neo-Yugoslavia, but I believe the Open Balkans should alter its name to the ‘Balkans which are open to Serbian hegemony with the assistance of Russia’. This meeting of the trio serves to demonstrate their cooperation and concern for the region. Serbia, on the other hand, is destabilizing Bosnia and Herzegovina with the assistance of Russia. Tensions are at an all-time high, and there is a chance of conflict erupting.”

Tahiri predicts that the Open Balkans program will fail and warns Rama and Vucic that they will be held responsible for the Balkans’ imminent disaster.

“A few days ago, he stationed the army near the Kosovo border, and I am amazed that Rama travels to Belgrade without asking Serbia to withdraw the soldiers from the border. Not only will Open Balkans fail, but it will also serve Serbia’s goal of establishing a Greater Serbia and will be held accountable for the Balkans’ future troubles. Milosevic’s language has resurfaced, asserting that all Serbs should be united and protected, and these scenarios are permitted.”

Tahiri finds hope for restraining Serbia and Russia in the Balkans in the United States, as she emphasizes that the EU does not have a quick agenda for Balkan integration.

“Without an enlargement strategy to expedite the integration of the six Balkan countries, the EU is leaving a vacuum in the Balkans. With Biden’s coming to power, there is hope for a US return to the Balkans, and they will not even be able to halt Serbia and Russia’s Balkan tour.

Tahiri highlights the importance of an all-Albanian consultation in order to avoid the mistakes that Albania is making in current times with this initiative.

“Our misfortune is that the Albanian Prime Minister is unaware that he is assisting in the establishment of a Greater Serbia. They attempted it in 2018-2019 to create a greater Serbia from Kosovo through territorial exchanges, but Serbia has now moved to Bosnia, alarming international observers, but we Albanians should also hold an all-Albanian discussion for strategic consultations and avoid the mistakes that Albania is making in these times.”

In a similar line as Edita Tahiri, the diplomat Agim Nesho accuses the Albanian Prime Minister of dealing with President Vuçiç to consolidate his authority at the expense of Kosovo.

Rama is provoking Albania by calling it a collaborator of a wide coalition such as Germany and France, he stated in the studio of A2 CNN’s “Debate” with Alba Alishani.

“Rama, I believe, is not naive. To maintain his power, he negotiated a deal with Vucic, to the cost of the Albanian people and Kosovo, in exchange for Vucic’s unlimited access to Serbian and Greater Serbia spaces. He is provoking Albania, which has granted him permission, by accusing it of being a collaborator of a broad alliance, such as Germany and France, which can assemble Albanian areas at the expense of world order and ethnic conflicts “..