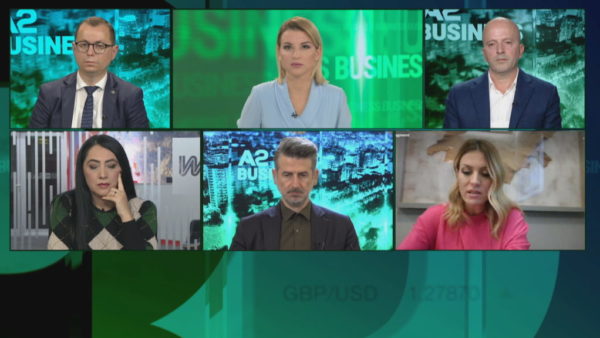 In a live interview with “A2 Business,” Blerina Gjylameti, a Socialist Party MP, revealed why the government opted to unify the gas tax at 6 lek per liter.

“Experience has shown that identifying whether the liquefied gas was for heating or for automobiles is challenging. As a result, the unification of excise for this commodity is related to the abuses that have occurred. The price rise will be very small and will have no effect,” the socialist MP stated.

New gas excise on liquid gas for family use, Haxhi: It does not weigh on citizens

The new legislation revisions call for the gas tax to be unified at 6 lek per liter. This means a 2 lek reduction in the burden for vehicles, but an increase in the price for families who heat and cook with gas, as this commodity was not taxed for them until yesterday.

Former Deputy Minister of Finance Elton Haxhi stated in the studio of “A2 Business” that the 6 lek gas excise tax will not cause a burden on residents’ wallets. It’s being used for something else.

“The International Monetary Fund (IMF) has advised that the mass exemptions be removed right away. Not with gas, but with removing the exemptions. Tobacco is the only adjustment that is planned out of all of these. Others have not been consulted. Like many others, this package was not consulted before going to the commission,” Haxhi claimed.

Fuel for boats is also rising, Brahaj: An example of how the government offers tax exeptions and then claims they were not thoroughly studied

The reinstatement of the excise plan for fuel used for boats, which has recently attracted some of the most luxury vehicles in the Mediterranean to Albania, is one of the draft budget’s novelties.

According to Aranita Brahaj, executive director of Open Data Albania, this one, which appears to be a minor detail, reveals a troubling trend in various government programs.

“It disturbs me that we build facilities to boost the appeal of elite tourists, and then the government claims this was not well evaluated, there were no effects, and starts making repairs that their effects are unknown. We attempted to be attractive, but now we say no, because yachts just come to replenish supplies, not to benefit us.”

This does not appear to be an isolated case.  Another example is liqui for automobiles.

Another example is liqui for automobiles.  “Consumers have been permitted to buy gas automobiles at a reasonable cost, and now the tariff is going up,” says Brahaj on A2 Business.

Jaka: “Entrepreneurs were not expecting this fiscal package, we want models are currently used in region.”

“Entrepreneurs were not expecting this fiscal package, especially so close to the end of the year.” said Nikolin Jaka, the head of the Tirana Chamber of Commerce and Industry.

Jaka, who was invited to A2 Business, seemed dissatisfied with the government’s suggestions.

Jaka, who was invited to A2 Business, seemed dissatisfied with the government’s suggestions.

“”We expected a re-mandated government would put together a program that would be a deep economic reform, focused and prioritizing agriculture.”

For him, removing the 6% tax, which was a minor aid, which compensated for the lack of VAT cost, was a mistake.

Jaka says that the interest group is constantly negotiating with the Finance and Agriculture Ministries. Meetings will be held, and the goals will be straightforward.