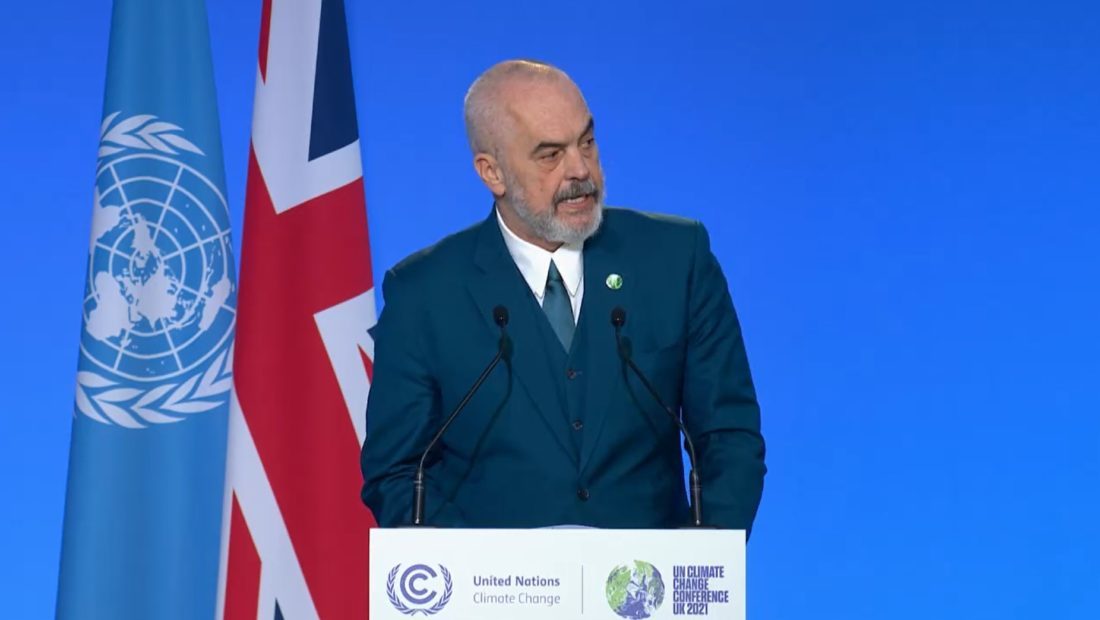 Albania, according to Prime Minister Edi Rama, is facing the consequences of large countries, which are also the most polluting on the planet.

Rama stated during his speech at the climate summit in Glasgow, Scotland, that Albania is a low-pollution country but requires assistance from larger countries to overcome its energy crisis.

“I am definitely the tallest person here, although I am from Albania, one of the world’s smallest countries. At these sessions, we are instructed on what to do, how to listen, and how to take notes. However, I have not received an answer to the question I had before coming here. How the major polluters aim to assist us in becoming a zero-pollution country. Sure, yes, a zero-pollution country,” Rama declared.

“Our energy production is entirely hydroelectric and entirely renewable. We might have accepted all available power plant proposals to meet demand during the months of drought. Therefore, my country must pose the question: are we paying because we did the right thing?! I believe that funds will be secured to end this impasse. This funding should not be in the form of loans, which would spiral us into debt, but rather in the form of grants, which would enable us to invest,” Rama declared.