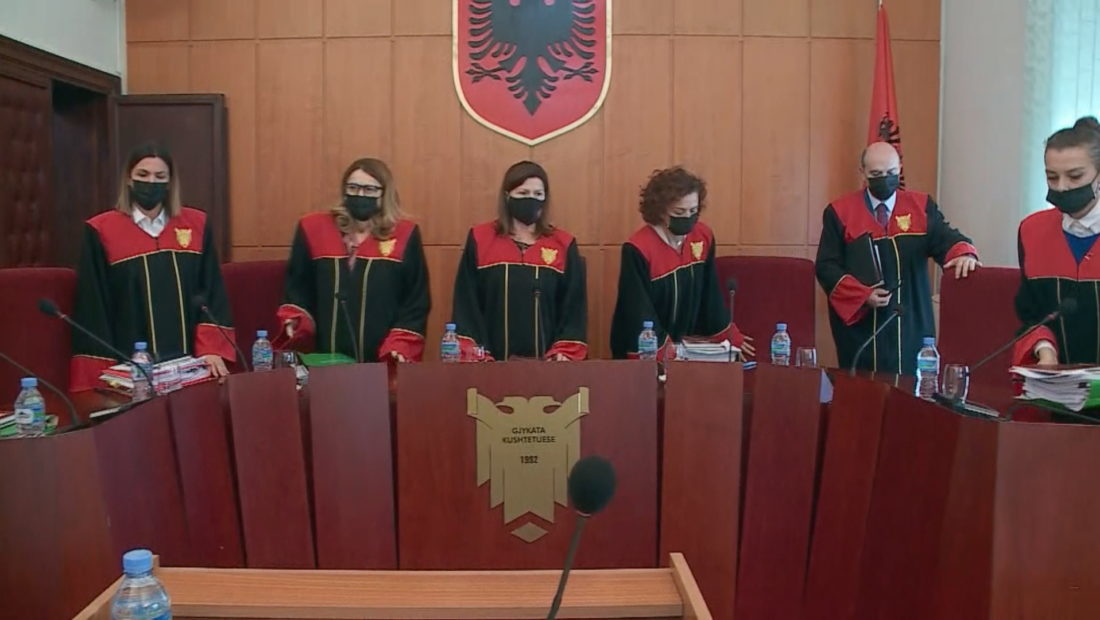 Four months, two court sessions, and an opinion from the Venice Commission were the procedural requirements for the Constitutional Court to conclude its consideration of the lawsuit challenging the legitimacy of the June 30, municipal elections of 2019.

Since the beginning of the session, President Vitore Tusha has briefed the court parties with international experts’ opinions, in which, in addition to underlining President Meta’s overstepping of powers in the annulment of elections, the Constitutional Court has been openly told that it is not in its jurisdiction to assess whether or not an election is legal. As a plaintiff, the legal representative of the Association of Municipalities urged the seven judges to disregard the Venice Commission’s conclusion, which they described as intended to maintain political balance.

The government’s representation took a radically different approach, emphasizing from the start, as Venice’s opinion did, that evaluating an electoral process is not a responsibility for a Constitutional Court.

“We are glad to see this mentality reflected in the Venice Commission’s opinion lines, as it is not based on political beliefs as described above. The Constitutional Courts do not assess how electoral processes are administered, particularly when they are local. This request should be denied and not accepted “, Elira Kokona remarked.

In its conclusion, the Venice Commission rejected President Ilir Meta’s decision to postpone the elections due to the absence of a legal foundation. This is insufficient to convince the Presidency to drop the lawsuit.

“The president reiterates his support for the municipality association’s request. The allegations are reasonable, and we believe they should be reviewed and accepted by the Court. The objective is not the president’s decree or constitutional activity, but rather the unconstitutionality of municipal elections.” The Assembly and the administration have waived their right to petition the Constitutional Court regarding the decision “Ketrin Treska stated.

The constitutional body’s decision may compel the President of the Republic to call preliminary local elections in all or part of the six municipalities without a mayor. However, if the Court does not rule on the validity of the June 30, 2019 vote, Ilir Meta is free to disregard that date in the political calendar.