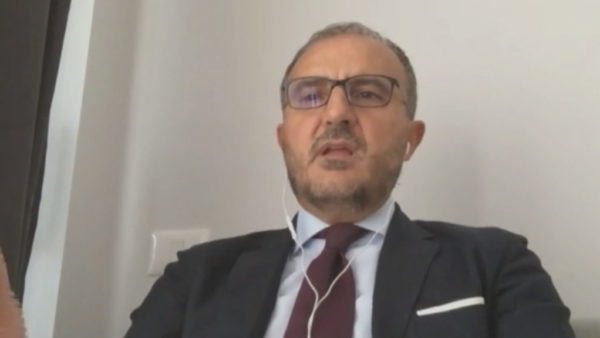 For the head of the EU delegation, joining the European Union remains a challenging but not impossible journey.

Luigi Soreca, speaking at the launch of the European Integration School, stressed the importance of ramping up efforts to achieve the goal.

“As a country seeking to join the EU, Albania must redouble its efforts, undergo the necessary socioeconomic transformations, and bring together all actors from diverse areas of Albanian politics,” Soreca declared.

Jorida Tabaku, the head of the National Integration Council, who was also present at the meeting, criticized the government for its efforts over the last eight years, drawing parallels with Montenegro.

“We were on pace with Montenegro while I was in charge of integration, but today Montenegro has surpassed and overtaken us. This is because we bring a lot of unpleasant things onto ourselves “, Tabaku stated.

Taulant Balla, the Council’s Deputy Chairman, is likewise dubious of the integration process, but unlike Tabaku, believes the problem lies within the union. Balla further said that the government will keep working on integration reforms and that he is proud of the progress made so far.