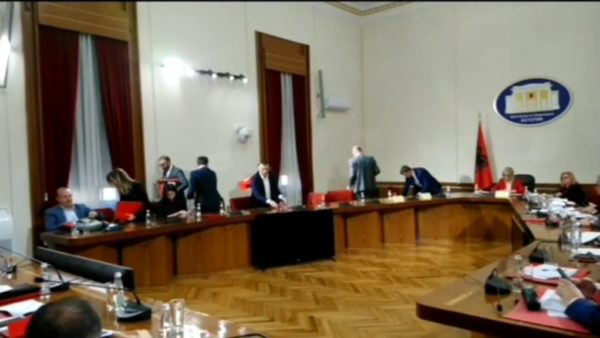 The DP withdraws from the joint legislative council-law commission meeting that considered the Socialist Party’s proposal to modify the Constitution to extend the terms of the vetting bodies.

According to the DP, the meeting should be postponed to allow time to unify both proposals: the majority’s demand to extend the vetting term and the DP’s proposal to amend the Constitution on issues such as political vetting, territorial administrative division, and the electoral system.

By extending the discussion just for its suggestion, the majority opted not to combine the amendments. This prompted the DP to exit the room.

The meeting goes on as quorum holds, but the absence of the DP causes the first constitutional change deadlock. The Constitution cannot be amended without the opposition’s vote.