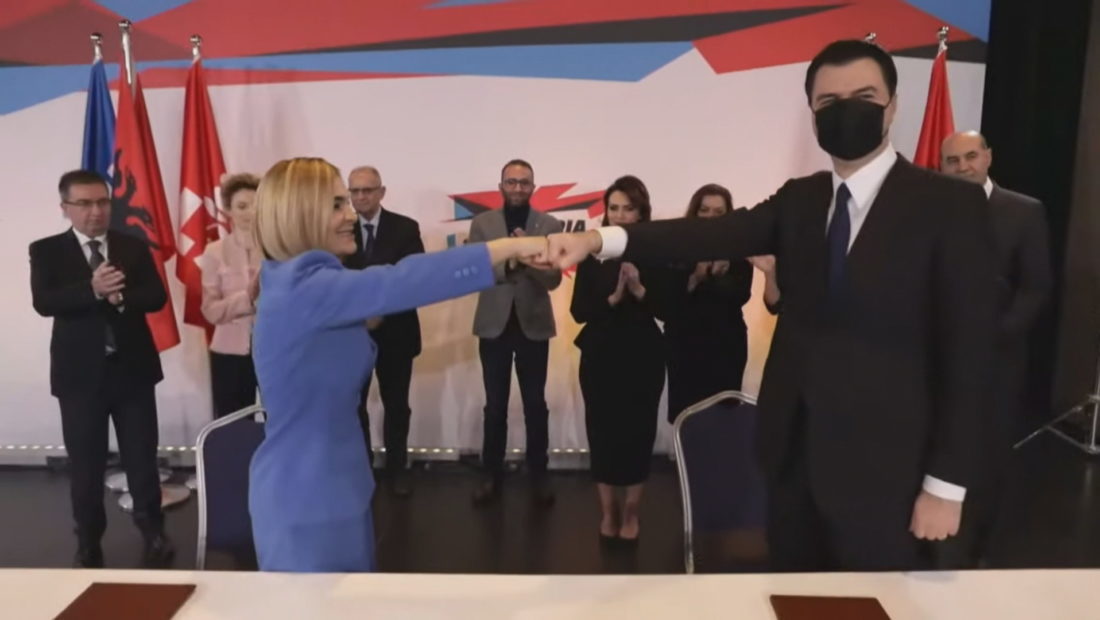 Lulzim Basha’s statement in Parliament, in which he referred to Edi Rama, Sali Berisha, and Ilir Meta as the sides of the “Bermuda triangle,” drew a response from the chairwoman of the Socialist Movement for Integration.

In an interview with VOA, Kryemadhi said, “Nothing new from the eastern front for me.”

“The SMI sees its purpose as maintaining the opposition’s identity despite the opposition’s causes until the elections of 2021. Change was what we and the people wanted. Although politics has in some ways abandoned citizens’ causes, the SMI continues to stand. I resubmitted the next case against Fier’s incinerator to the prosecution last week. Over 400 million euros were taken from taxpayers with no tangible benefit. It’s nothing more than a sneaky scheme. We will attend the national convention meeting in December, which we were unable to attend due to the epidemic, as it had to be convened last year in order to choose new structures and go forward with a strategy. new”.

When asked about the Basha-Berisha disagreement, the SMI leader stated that she would not comment on the DP’s internal issues.

“We and the Democratic Party have worked together on issues affecting the general welfare of citizens, such as the National Theater or the Kukës Road toll tax. Regardless of how successful the opposition’s efforts were at the time. However, the SMI’s commitment has always been loyal and consistent, all the way to the end, since it was one of the few partners who stood until the ending of the opposition front on April 25.”

When asked about the current state of relations between the two opposition groups, Kryemadhi referred to the DP as “so-called opposition.”

“The SMI’s relationship with the DP is no longer relevant. Take a look at what’s going on. Albania’s foreign debt is being increased as a result of the electoral tango between the majority and the so-called opposition. It is transforming it into extreme figures on the verge of declaring state bankruptcy. And then there’s the issue of agreements that aren’t transparent from a political or parliamentary standpoint. Today, Albanian society, and especially Albanian politics, expresses nothing about issues that are fundamental to the Albanian people’s existence. This is especially true for Albanian youth. The depopulation of Albanian families has been unprecedented only recently. This is horrible. A nation is doomed to die if it loses all of its youth.”

In an interview with VOA, Kryemadhi said about Meta’s role in the party: “The SMI welcomes anyone who wishes to return and contribute to the strengthening of democracy not only within its own political party, but also in the entire Albanian society, which has been violated and broken severely in recent years.

Kryemadhi also commented on the dramatic loss of SMI representation in Parliament from 19 to merely 4.

“We must remember that we have 110 thousand votes, so there is no drop in votes for us. The electoral system is alienated. I mean, the Prime Minister and the Socialist Party have insulted the US and the EU. On June 5, the entire opposition signed an agreement with the Political Council, the US Embassy, and the British Embassy to hold free and fair elections. It was attacked despite being signed at the US embassy because of its political independence. Although the Secretary of State, EU Foreign Minister, and Enlargement Commissioner welcomed this statement, the SP unilaterally modified the Constitution after 3 weeks. This damaged not only the electoral process but also the outcome “Kryemadhi stated

“If we examine the entire electoral process leading up to the April 25 elections, the alienation of votes, we cannot overlook the enlarged lists of 250 candidates and the ensuing delays. Nobody mentions that the Albanian ballot paper came out only 15 days before the elections. Citizens were completely uninformed. It is the only country in the world with 5% of votes that are invalid.”This indicates that if these votes are returned and counted, the outcome will be different.”